Beatriz: My experience working abroad during the Covid-19
Visit Cork: top things to do
Co-living in Dublin: the new accommodation sharing trend
How to create the perfect CV & Cover...
Planning your trip to New York
A Travel Guide to Ireland’s Alternative Activities
How Study Abroad in Spain Inspired My Wanderlust
4 Apps You’ll Need to Survive a Year...
Top 4 Culture Shocks in moving to France.
The Best Ice Cream Places to Visit in...
Home Live Abroad How New York Has Changed Me In The Most Unexpected Ways
Live AbroadThe practical stuffTipsWork

How New York Has Changed Me In The Most Unexpected Ways 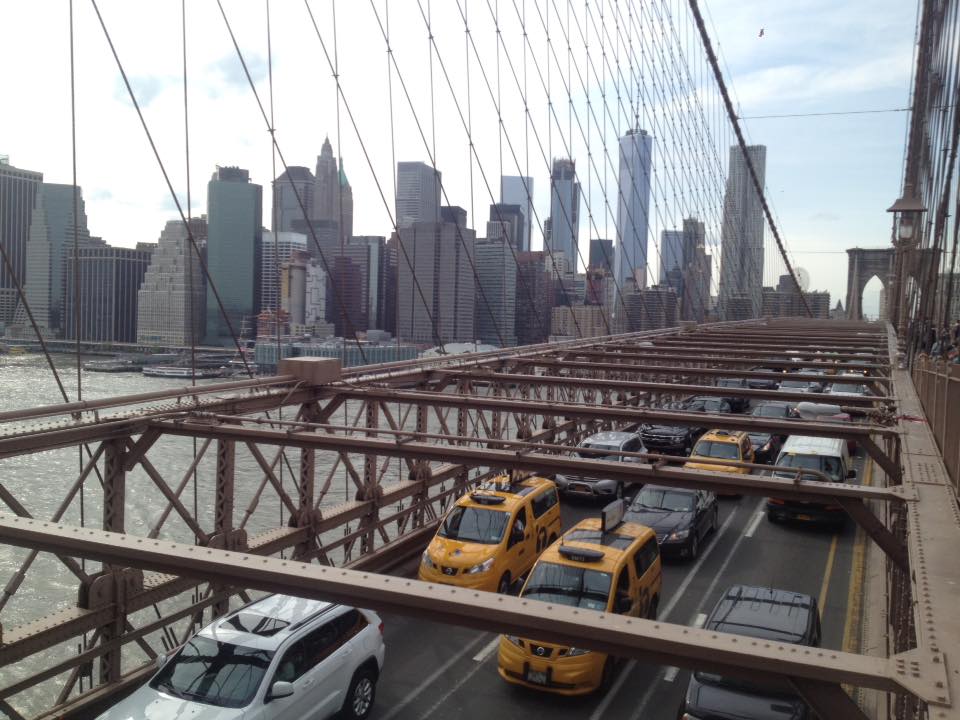 This comes often, sometimes too often. But it’s something that this mad world brings.

Think about it for a second: imagine how much you’ve changed since the age of 5?

From the moment we start primary school, then secondary school, then college or working life – this progression comes as swift as a bird. In certain places, it almost seems faster.

And so we come to New York. A crazy, amazing, mind-boggling, at-times frustrating place. I’ve only been here for about a year, yet how is it that it feels like a whole host of lifetimes?

Sometimes I’m not sure if time is slowing down or speeding up in New York, because you never feel like there’s enough time in the day yet you manage to fit an absolute ton into each one.

It’s a quirk that’s kind of indescribable. I’m usually a man of words, but even I’m stumped by it.

In the grand scheme of life, a year isn’t monumental. However, being here at this moment in time has changed me considerably. Not all bad (I think!) but a mark left by the city that is currently home. 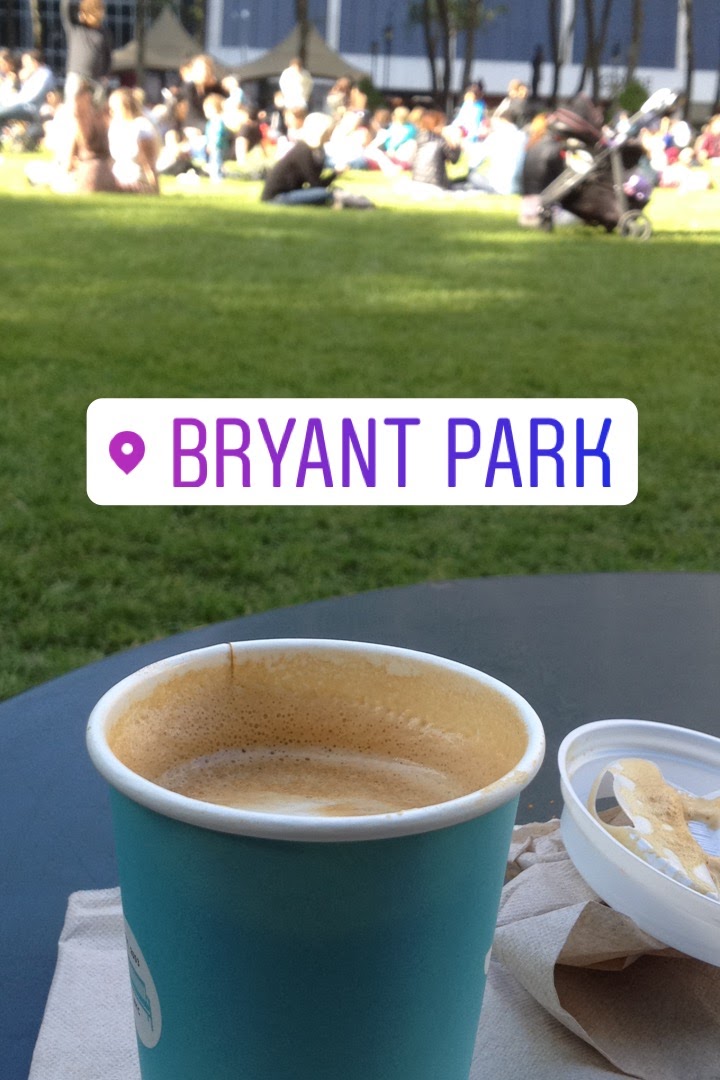 Thought I’d kick things off with something that’s pretty obvious to most who know me.

As you’ll see further down the line, I was a tea person for a long time. Tea is part of the fabric of Irish culture, but that’s not the case in America. This is very much a coffee culture, a culture I explored extensively in the summer of 2015.

But it wasn’t until the final year of college that I started to become somewhat caffeine dependent. Initially, I drank it just for a bit of a boost and because I enjoyed it. The busyness of final year exams kicked things up a notch.

But only in New York have I become truly caffeine dependent to the extent that I pretty much need it in order to get through the whole day. And not just one either. Usually 2-4, 5 if the day is 200% hectic.

Needing one first thing in the morning is perfectly fine, but returning to it many more times throughout the day for weeks on end? That can’t be too good.

There’ve been nights after work when I honestly couldn’t relax because of being hyped from so much coffee. It’s something I most definitely have to address and hopefully change. 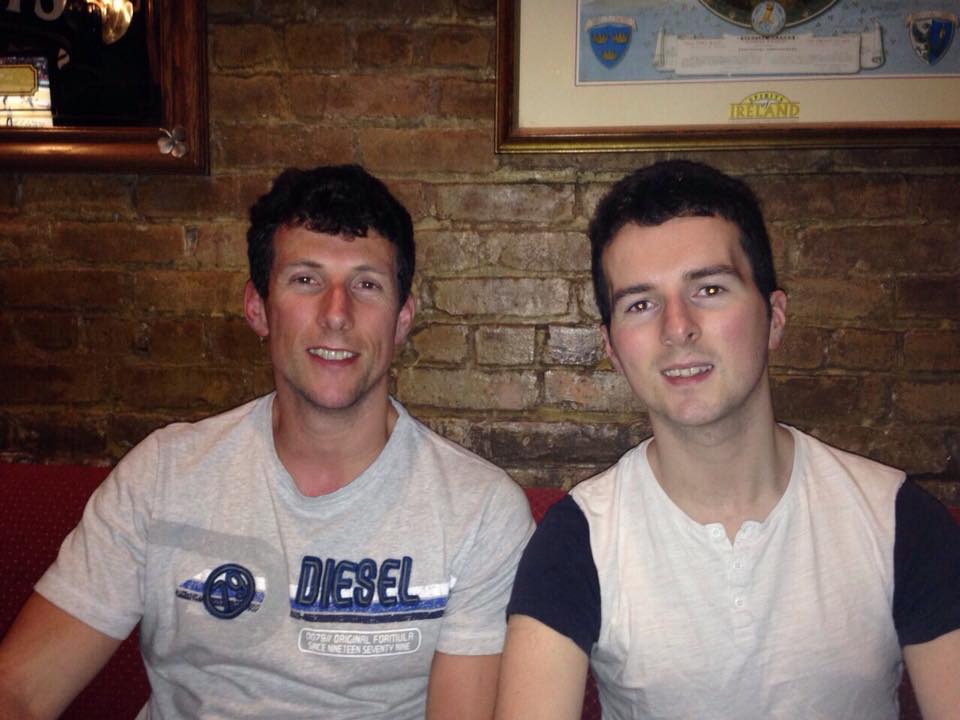 Damien and yours truly at McGee’s, April 2017

And so I go from being overly dependent to not being dependent enough.

I’m the youngest of a big family. Growing up, I was indeed very reliant on them. I was always at home, people were always around, and I was used to having someone there to get advice from or simply to talk to.

For the first few years of college, I was very good for texting and calling regularly, going home many weekends also. But then my study abroad year came. I was still in quite regular contact, but things became different.

This sense of overwhelming independence washed over me. Here I was, living and studying in Spain with friends. Independence is good when it empowers you to stand on your own two feet, but it’s not so good when you feel like you can discount the contributions of those who have ultimately helped you achieve said independence.

The bubble of New York has had quite the effect too. It’s so consuming, so hectic, so fast-paced, that it often numbs one’s ability to see the necessity and importance of family. When you achieve some level of success, it’s easy to credit yourself for doing so. But it’s absolutely vital to credit and remember family members who have shaped you as a person.

The concrete jungle of New York can lead to the development of a not-so-concrete mind-frame. Overall I’ve been absolutely brutal for keeping in contact and simply asking how everyone is.

And going by my time in Alicante, Cape Cod, and New York, I can’t stress enough the importance of not letting new surroundings cloud what’s important to you.

Assimilating to a new city or culture is of the utmost importance, but so is remembering where you’ve come from and the people that are still there. It’s family first. 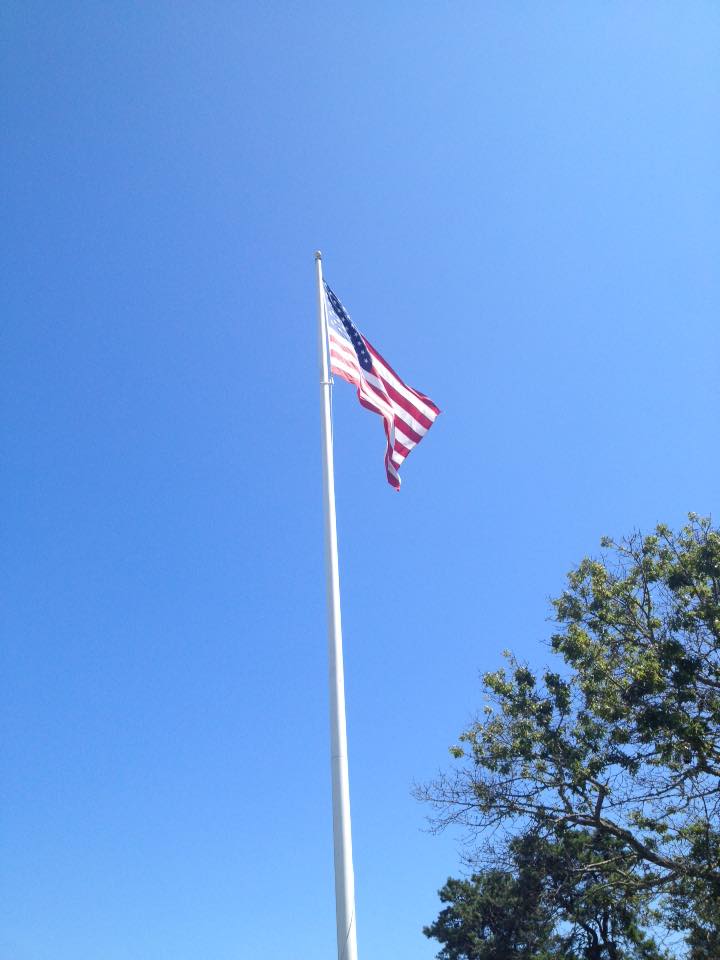 Boy oh boy, where do I start here.

Firstly, let me say that there is value to be had in New York if you look hard enough. You may get the steal known as a rent-stabilised apartment, find an incredible happy hour pub or BYOB restaurant, or get cut price tickets to a Broadway show.

Having said all that, New York is really frickin’ expensive.

Consider this: my first full month in New York (early November to early December) included the presidential election, the Conor McGregor-led UFC at Madison Square Garden, two weeks in a hostel, two weeks in an Airbnb, and moving to my first apartment.

During this time, I spent at least $3.5k on accommodation alone. And that’s before you factor in the cost of initial sightseeing, getting set up, socialising, and general living expenses.

Coupled with the fact that I didn’t get full-time work until January, the first few months were an absolute nightmare for my bank account.

I was used to paying no more than around €400 per month for college accommodation in Cork. So paying almost double that here has been a shock to the system. The cost of eating out, socialising and so on is also elevated here so I’ve most definitely learned more about the art of budgeting and financial discipline.

It’s the only way to get by if you wanna do some travel or have a treat or two from time to time. 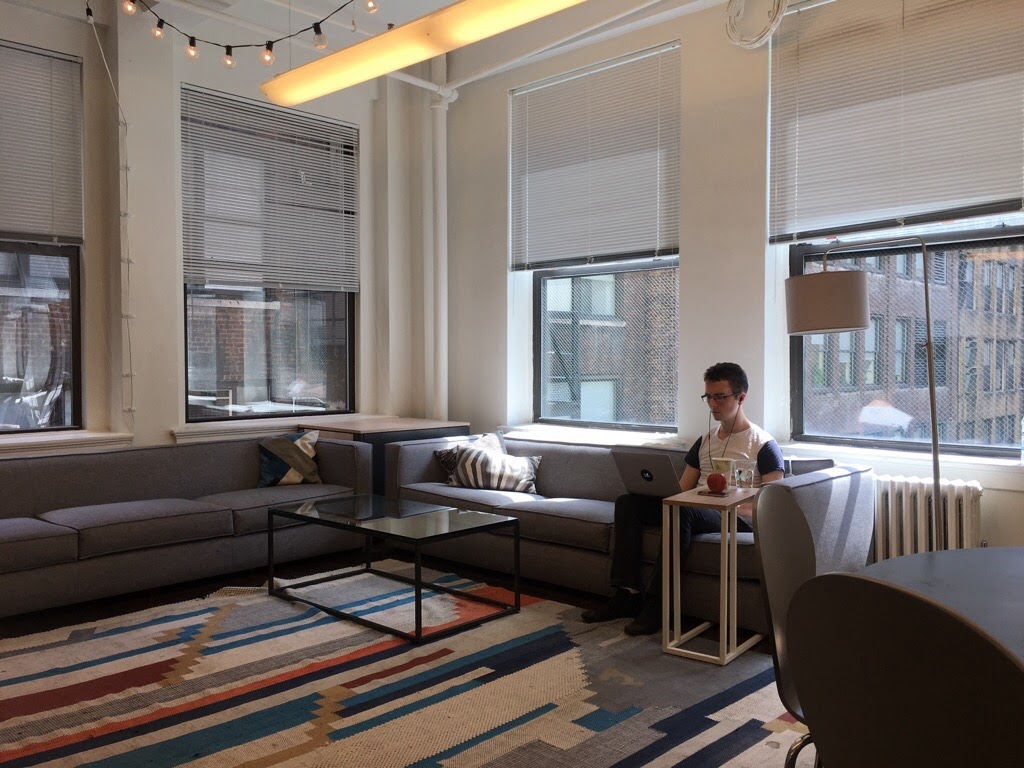 I never knew truly hard work until I came here. During my time on the content marketing team at Sprinklr, I regularly put in extra hours because I felt I needed to. I was (and still am) eager to learn and improve, so a workaholic tendency has washed over me during the past year.

For example, I wrote a piece on luxury fashion brands during the summer and, because I knew very little about brands like Gucci and Louis Vuitton, I did a ton of extra research before writing. It ended up being one of the best pieces I’ve written. Therefore, completely worth it.

I’m a firm believer that hard work is rewarded – I’d love to be able to put a number on the hours I’ve spent reading/researching/writing as part of my work here. Ultimately, this mystery magic number is completely worth it.

Positive feedback from colleagues, family, and friends is one end goal; strong performance of articles on company blogs and social media is another.

My best work moment so far? This endorsement from the New York Stock Exchange.

When @Sprinklr names you one of the top 5 finance brands that lead in social media marketing you tweet it of course: https://t.co/pcBlKxmfKQ pic.twitter.com/gau9DgBx9V

This is absolutely the biggest thing that has changed in the last year.

I think that there’s an element of naivety in some of those who decide to come to America on the Graduate Visa.

Unless you are well and truly incredibly well-connected or lucky, you won’t swan into the ideal situation straight away.

There will be speed bumps along the way. Lots of them. Did I anticipate such a long job hunt upon arrival here? God no. As a fresh-faced graduate, I was too naive. I anticipated that things would work out nice and handy for me. When they don’t, you need to be able to deal with it.

That’s where the element of pragmatism comes in. I don’t expect things to be handed to me now. In fact, I’ll happily outwork and outshine anyone in order to get what I want.

Did I anticipate being able to write for a living? God no. But when I earn the opportunities, I grasp them tightly and refuse to let go.

It’s amazing to say I’m living in New York and creating (hopefully engaging!) content. I couldn’t have imagined a situation like this five years ago. There was a time when I thought I’d never leave Ireland.

Looking back, that was quite a crazy thought.

Everything happens for a reason. You’ve just gotta find your passion, do it to the best of your ability, and take things from there. That’s when the changes come.

How living abroad made me want to travel the world