Beatriz: My experience working abroad during the Covid-19
Visit Cork: top things to do
Co-living in Dublin: the new accommodation sharing trend
How to create the perfect CV & Cover...
Planning your trip to New York
A Travel Guide to Ireland’s Alternative Activities
How Study Abroad in Spain Inspired My Wanderlust
4 Apps You’ll Need to Survive a Year...
Top 4 Culture Shocks in moving to France.
The Best Ice Cream Places to Visit in...
Home Intern Working Life in New York and West Cork: What’s Different?
InternLive AbroadTipsWork

Working life inspires much of what we talk about. Some people love what they do, while others simply work in order to live.

The idea of working for over forty years sounds like such a long time. In reality, I know it will absolutely fly by. So it’s important to maximise it.

My working life has been spent in two of the best countries, the United States and Ireland. In New York, my experience thus far has been at Sprinklr. In West Cork, I’ve worked at Barryroe Co-op and Permanent TSB. Two completely different environments.

Using my work experiences, it’s a case of New York vs. West Cork.

Many businesses are still trying to figure out the catalyst for change known as social media, but others are riding the crest of this social wave. During my time on the content marketing team at Sprinklr, I always had to be ‘connected’.

If I’m writing an article on the social performance of brands, I need access to Facebook, Instagram, LinkedIn and Twitter, as well as our own Sprinklr Business Index (SBI®). These were, and still are, an essential part of my day-to-day. Outside of this, we used tools like Slack and Google Hangouts for team communication.

During my work experiences in Ireland, things were quite different. You didn’t need access to social media. Using your phone in plain sight in the workplace would be a cardinal sin! But in fairness, the nature of the company I’ve worked with here has been the primary reason for always being connected. You can’t beat a good WiFi connection eh?

Coffee or tea? Tea or coffee?

Ah yes, the eternal debate. How you ask the question depends on your preferred hot beverage.

My hot beverage journey has actually been quite interesting. Starting in 2005, I had a long-term love affair with tea. Tea understood me, tea could solve all my troubles, and tea could warm me up on those cold winter nights. However, in 2015 I did the unthinkable. The unforgivable. I cheated on tea…with coffee. Why did I cheat? America. Yes YOU America.

When we moved to Cape Cod on a J1 for the summer of 2015, I discovered Dunkin’ Donuts coffee. And it changed me. Since then, tea has occasionally tempted me with its flirtatious advances, but coffee has become my lifeblood.

In New York, my passionate relationship with coffee has merely escalated. A Keurig Coffee machine satisfied all caffeine requirements at Sprinklr. Thanks to a great Irish bar and restaurant named Le Cheile just down the road from my apartment, I’ve been able to get a fine cuppa Irish tea when sick. But don’t even get me started on the sensational Starbucks Rewards program. To say the very least, it highly encourages coffee consumption.

In the workplace back home, I think there was maybe a 50/50 split between tea and coffee drinkers. At permanent tsb everyone needed their morning coffee upon arrival, but at Barryroe Co-op I think tea may have won out. Either way, I think that we are fortunate to have been blessed with two such sublime hot beverages in our time, especially coffee.

To anyone who hasn’t worked at a tech startup, apologies if these upcoming sentences make you slightly jealous.

A lot has been written about startup culture online. Is it good? Is it bad? Does it encourage harder work or greater distraction? Is everyone simply trying to copy Google?

Speaking from experience, the perks of working at a tech startup are pretty good: 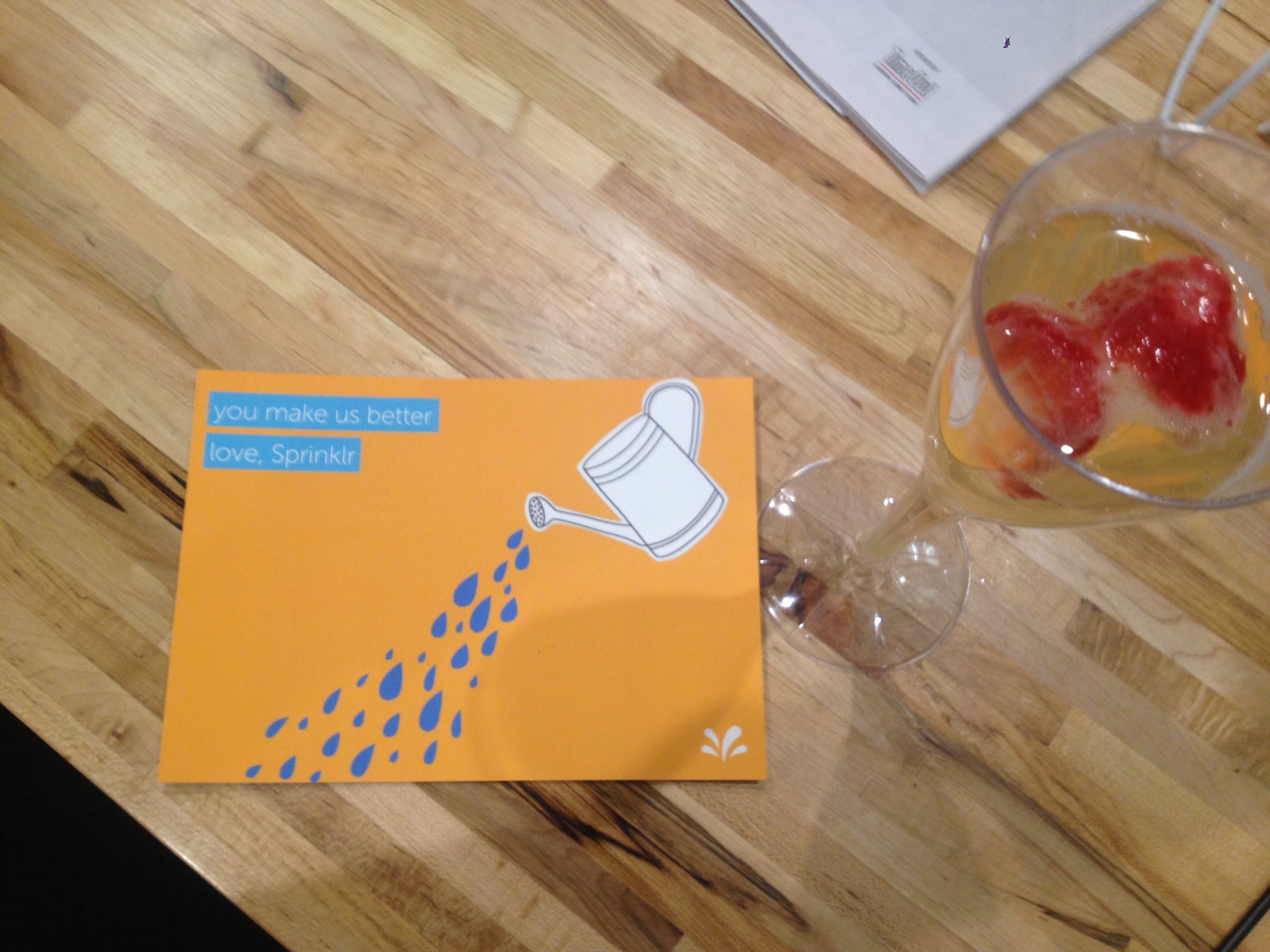 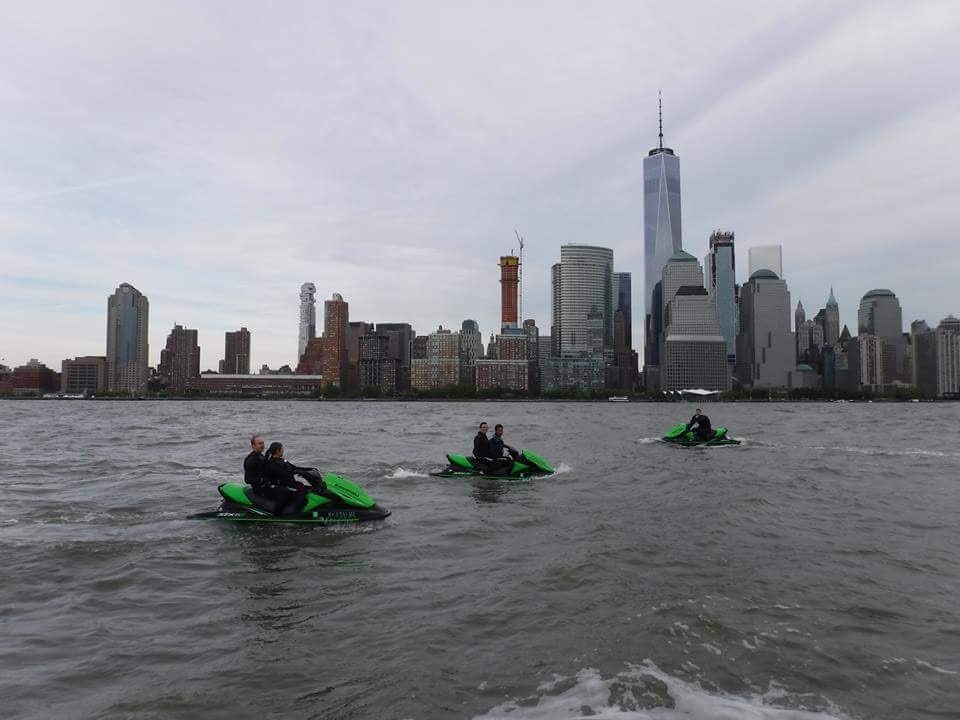 Experiencing all of this was a far cry from working life in Ireland. I was used to the idea of eating breakfast at home before doing anything else. In New York, however, unless you’re incredibly quick at getting ready in the morning (I’m not), you eat your breakfast during your commute or usually when you get to the office.

Of course, the nature of the company and what it does has a massive effect on the culture and office vibes. It’s been quite a different reality but one which I think is better than that at home.

All along it may have seemed like New York trounces West Cork in the battle of working lives. However, New York working life is by no means all rosy in the garden either.

It comes with a pressure that you feel you must live up to. People regularly work in excess of 40 hours here, and it can therefore be difficult to switch off after work. I know I had many nights where I did more work simply because I felt I needed to.

If you can absorb everything that working in this city throws at you, then it’s a great place to be. New Yorkers and Irish people do share a common bond – an incredibly strong work ethic. Ultimately, a willingness to do hard work knows no geographical boundaries.

It comes down to each individual person. Whatever works best for you is the road to take.