Beatriz: My experience working abroad during the Covid-19
Visit Cork: top things to do
Co-living in Dublin: the new accommodation sharing trend
How to create the perfect CV & Cover...
Planning your trip to New York
A Travel Guide to Ireland’s Alternative Activities
How Study Abroad in Spain Inspired My Wanderlust
4 Apps You’ll Need to Survive a Year...
Top 4 Culture Shocks in moving to France.
The Best Ice Cream Places to Visit in...
Home Intern An Irish lad taking a bite of the Big Apple #2. Settling into life in New York
InternLive AbroadWork

An Irish lad taking a bite of the Big Apple #2. Settling into life in New York 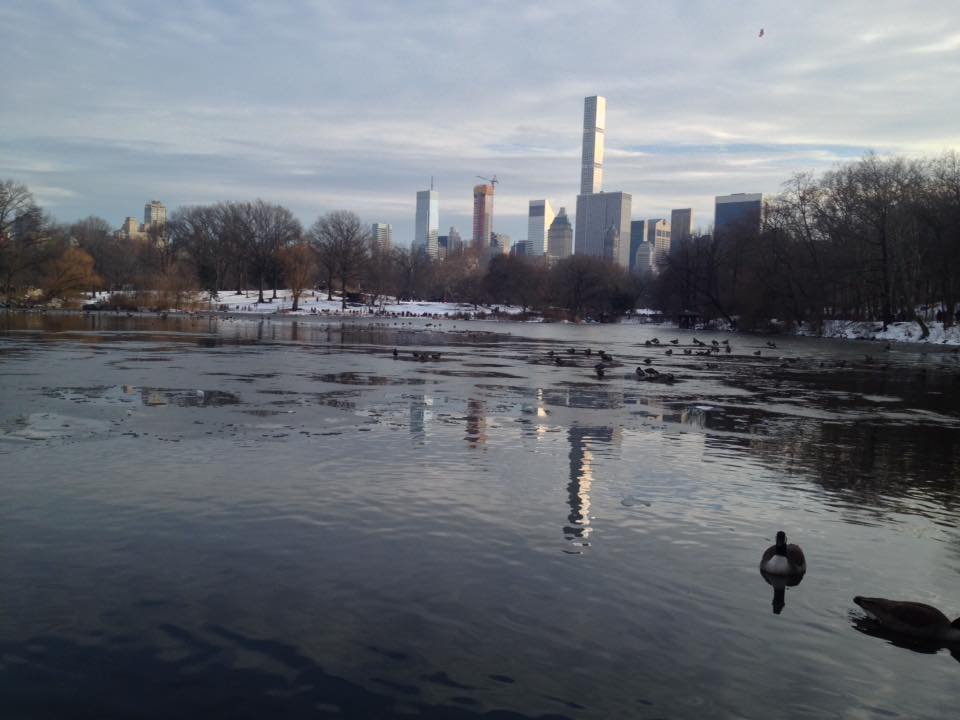 Greetings everybody. Welcome to the latest instalment of my series on life in New York. Allow me to pick things up from one of the most pleasing days thus far, move-in day.

December
I moved into my first New York apartment at the start of December and breathed a huge sigh of relief. Finally, I had a platform to build upon. I kind of celebrated by somehow scoring a 4th-row-from-the-front ticket to a recording of the Late Show with Stephen Colbert, seeing Ferris Bueller himself Matthew Broderick interviewed there. 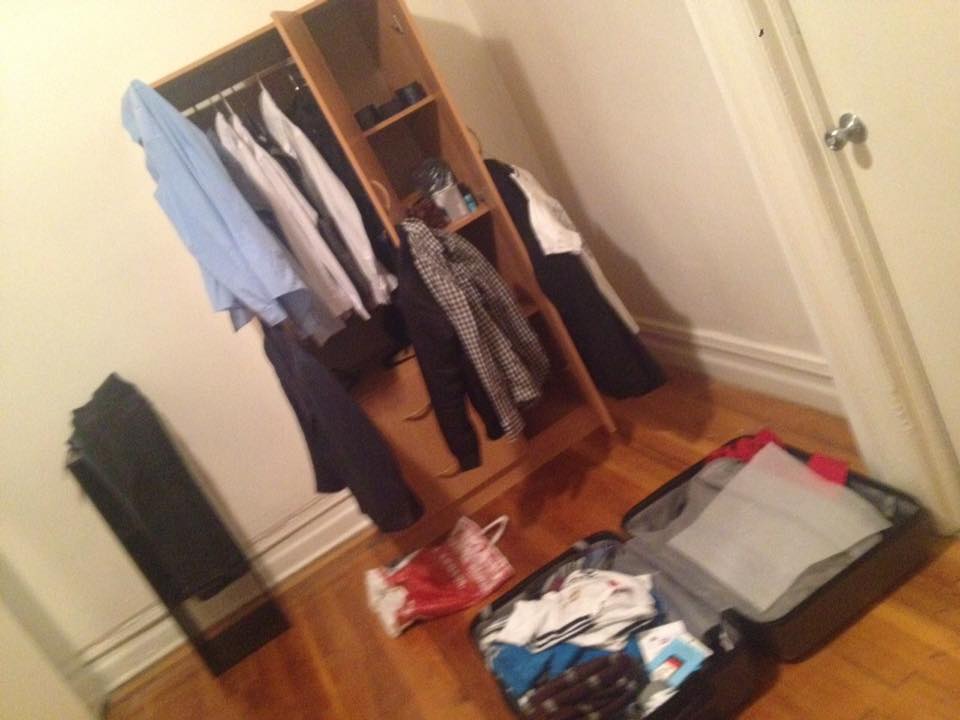 I have way too many shirts

Now that my accommodation was sorted, I could focus all my energies on sorting work. This came too, although only a temporary solution. For about six weeks from mid-December to late January, I looked after PR and social media for a mobile gaming company based in Long Island City in Queens. It was nice to have a work routine again and go into the office. However, other than my lunch, it was unpaid. Therefore, this was never going to last incredibly long.

So back to the drawing board I went. And along came another temporary solution, part-time work at the front desk of a hostel on the Upper West Side. It was actually kind of similar to the job I held in permanent tsb in West Cork in the summer of 2016. Therefore, it was easy to pick up. Again, however, this was never going to be a long-term solution. I finished up with it in January due to a relative lack of hours.

Luckily enough, I was able to spend my first ever Christmas away from home with my cousins in Boston, Massachusetts. It was a great, relaxing few days which involved lots of food (yum). However, as 2016 became 2017 and we moved into the first few weeks of January, I was still to find a long-term solution for work. What I needed to do was make a resolution and a few changes.

2017 so far
In the early days of 2017, I made a promise to myself. I would get a position in my area of interest with full-time hours by February. I was determined and resolute, and would not stop until I made this happen.

After adjusting the layout of my resume to make it more reader-friendly, progress was made. After interviewing for one position I was unlucky with, I was made aware of a company named Sprinklr by a lady I met at the UCC alumni event back in November (see how important your network is?). The application process was swift. On a Monday afternoon, a week I would actually spend confined to the apartment with a bad flu, I got a call saying I got the job. Relief is an understatement.

Since the Tuesday after Super Bowl weekend, I have been interning on the Content Marketing/Editorial team at Sprinklr. My day-to-day is very interesting and involves a mixture of brainstorming ideas, researching, reporting and writing. I can talk about it in greater detail in a specific post but, as you can tell, this was a watershed moment in my adjustment to New York.

Working life gives you routine, and routine is what I crave. Most members of my family will tell you that I quite like a sleep-in from time to time. However, getting up at 7am or so every weekday morning is now easy for me. I think it’s a New York effect. When you’re in a city like this, every minute feels incredibly precious. There is so much to see, so much to do, but somehow, so little time.

Having quite enjoyed the nightlife of New York in the first two months, the new year has brought a zen version of Ryan to the fore. These days, unless it’s something special, I’ll choose a relaxing Saturday night most times. Saturdays of recent weeks have involved strolling around the city, writing, lots of coffee, and visiting amazing sights such as the Museum of Natural History and the Metropolitan Museum of Art. Also, nothing can beat Central Park on a nice day.

Fortunately, I recently attended my first Broadway show, seeing Beautiful – the Carole King Musical at the Stephen Sondheim Theatre. It was absolutely spectacular and worth every cent of the $85 I paid for my orchestra ticket, which provided a great view thank goodness.

The main difference
The biggest difference between New York and my home area of Barryroe in West Cork is the scale of it all. I have adjusted pretty well so far but, as you can see from my photo below, there’s just no place like home. 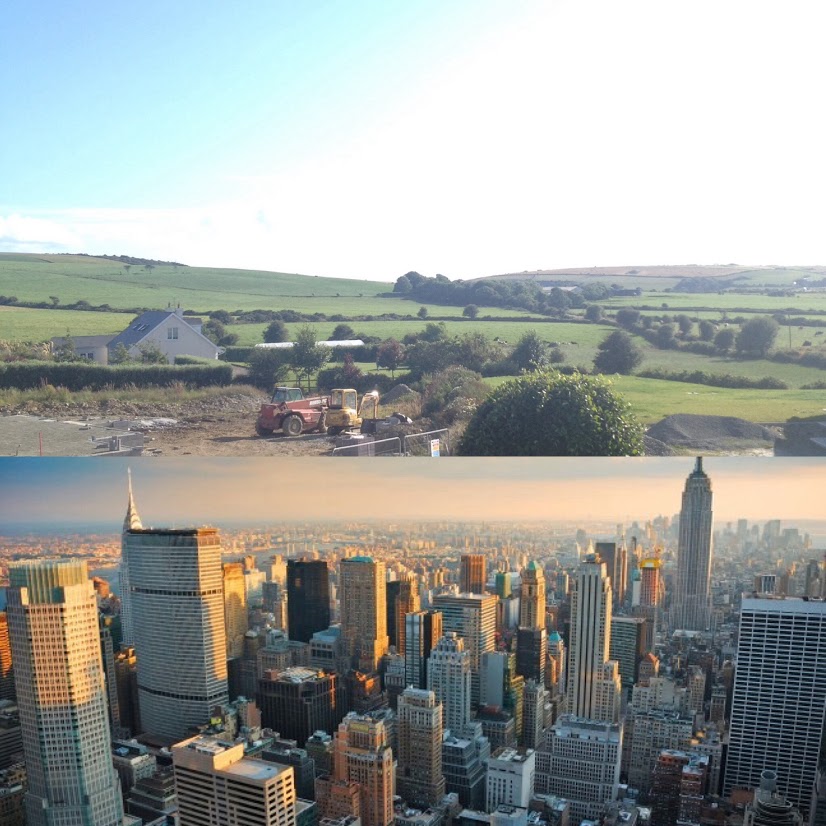 Travel in my parent’s head… What do they think of my experience abroad?

The day I decided to move to Berlin: my new life in Germany following my dreams and my love