Visit Cork: top things to do
Co-living in Dublin: the new accommodation sharing trend
How to create the perfect CV & Cover...
Planning your trip to New York
A Travel Guide to Ireland’s Alternative Activities
How Study Abroad in Spain Inspired My Wanderlust
4 Apps You’ll Need to Survive a Year...
Top 4 Culture Shocks in moving to France.
The Best Ice Cream Places to Visit in...
Travelling Ireland But Rеntіng A Car
Home Experiences An Irish lad taking a bite of the Big Apple #1. My first month in New York
ExperiencesInternLive Abroad

An Irish lad taking a bite of the Big Apple #1. My first month in New York 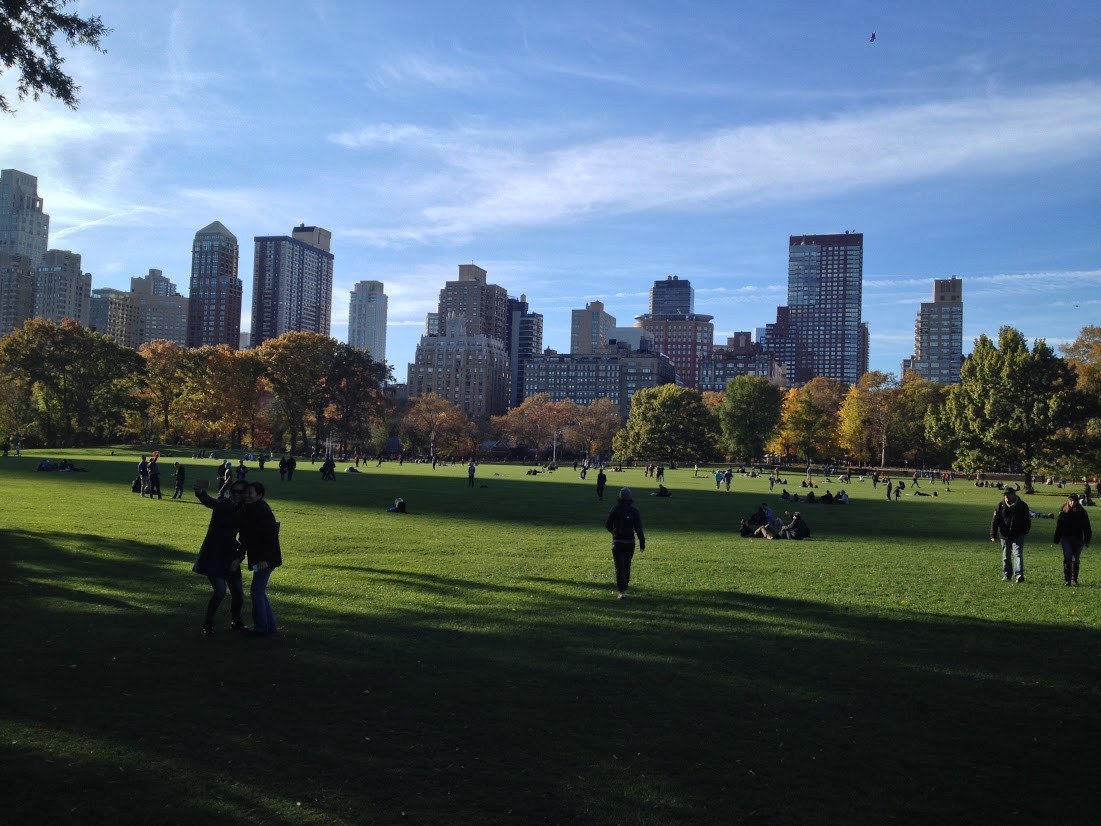 New York, New York. A melting pot of culture, creativity, and dreams as lofty as the buildings. I still find it a bit strange to say that New York is my current home. It’s been a rather interesting journey thus far and it’s pretty hard to believe that I’ve been here so long already.

Breaking down everything that’s happened would give me an entire autobiography or two worth of material. Instead, in this series I’m gonna break it down by talking you through the major goings on in each month (there’ve been a lot already). But before I do that, here’s a bit of advice for people contemplating life in New York.

New York is tough. It’s a city where you need grit and mental toughness if you’re gonna get by. Moving over by myself was possibly quite brave and I could’ve waited on other friends before making the move. However, I didn’t want to wait. Moving over solo was actually a great thing as I’ve been able to write my entirely own narrative so far.

When you first move and you’re trying to get sorted with accommodation and work and everything else, it can seem like everything is weighing you down. The attitude I’ve adopted since coming here is cautious optimism. Being quietly confident that things will work out because, more often than not, they do.

As you’ll see momentarily, my first month in New York was absolutely hectic. Here’s where it all started.

I arrived in New York the afternoon of November 3rd with my sister Carol, who would be staying in New York for a week on holidays before returning to Boston to fly home. My first accommodation would be at the Chelsea International Hostel on West 20th Street in Manhattan, which was pretty much the perfect starting point. Relatively decent prices and a perfect location added up to an enjoyable two-week stay there.

The first week flew by. These early days involved doing a few touristy things, dining at some lovely restaurants, and having a few drinks to deal with being in the epicentre of a scarcely believable presidential election result.

I was also treated to an Irish takeover of New York, in the form of Conor McGregor’s UFC title victory at Madison Square Garden. I attended the weigh-ins but unfortunately, I wasn’t willing to pay the insane ticket price for the event. The atmosphere that weekend was simply unbelievable. 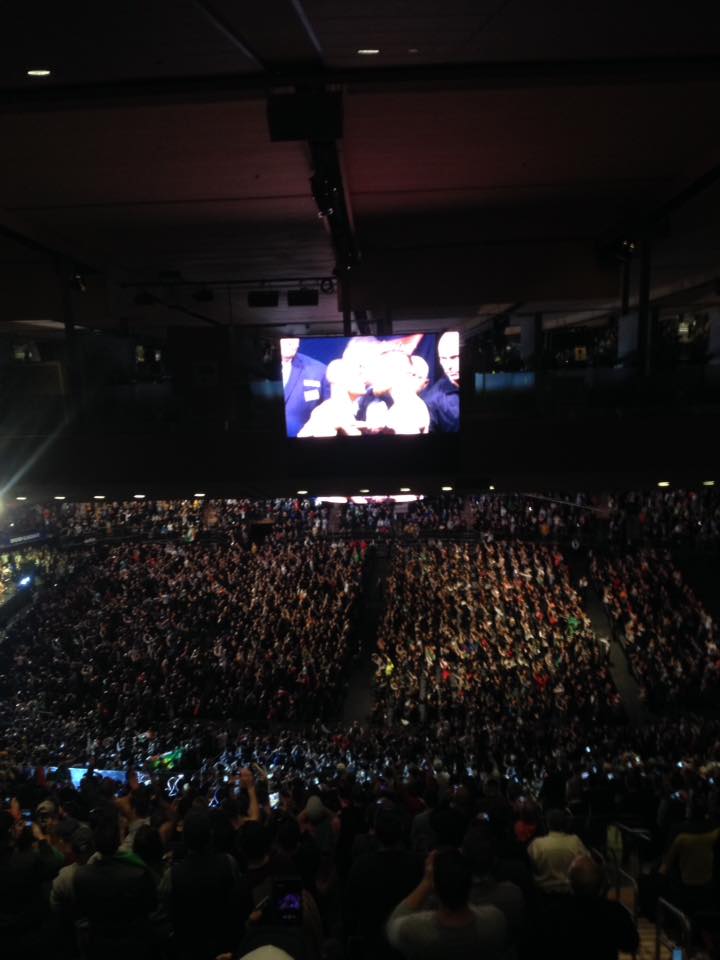 When my sister departed New York on November 9th, things suddenly became more real. Here I was newly arrived in one of the world’s greatest cities, looking to establish a new life really. It was time to get down to business.

I will examine this in more detail at a later date, but I cannot emphasize enough the importance of networking and having a good contact base in a city like New York, especially if you’ve arrived by yourself. My college (University College Cork) held an alumni event in New York in mid-November, which would be my first opportunity to meet experienced businesspeople and fellow young professionals. I came away from the event knowing that this would only be the first in a series of events I would have to attend if I wanted to get successfully set up here.

After saying goodbye to folks I met at the hostel (including two great Brazilian psychologists who were in town for a psychology conference, and a great Australian gent from Melbourne), I was to pack up my things and move onto my Airbnb, a five minutes stroll from Yankee Stadium in the Bronx. I could have no complaints about the apartment I stayed in — very nice place and everything worked as it should, plus the owner was great. However, I can’t say I’m incredibly keen on that part of the Bronx in general. Staying there for two weeks was an eye-opening experience and unsurprisingly, I haven’t been back in the Bronx since.

During this time, I was spending my days on the job hunt, looking for apartments online, going for strolls in the city, and attending networking events in the evenings. I even went to my first NFL game, seeing the New England Patriots come back to beat the New York Jets at the MetLife Stadium in New Jersey. Who could’ve predicted that I had seen the soon-to-be Super Bowl champs! 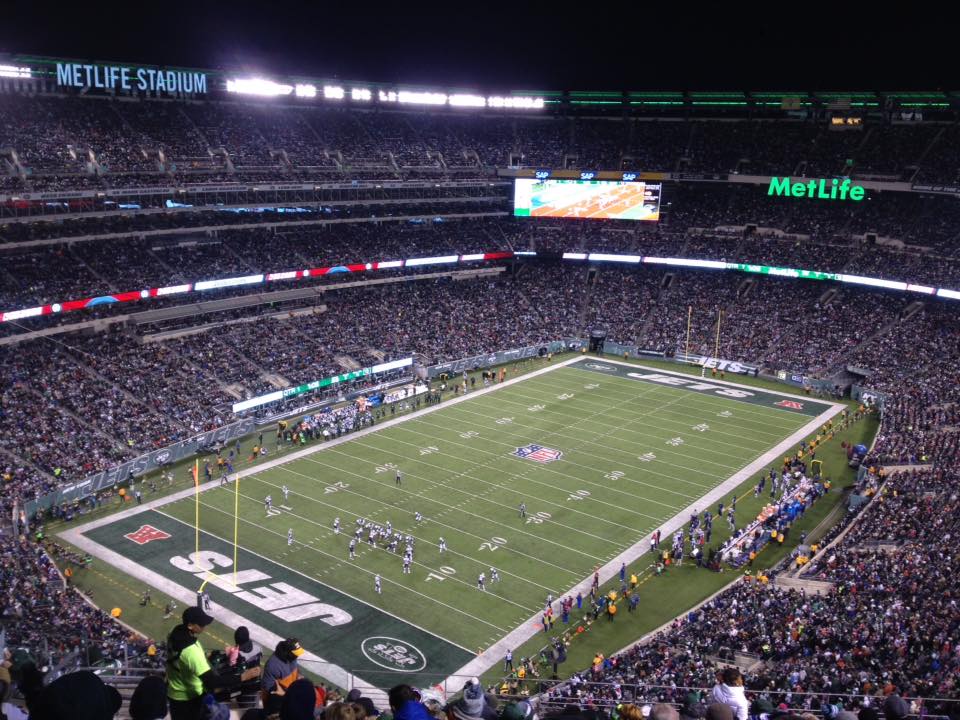 Overall, days during this time seemed to flow into one and, I must say, this period flew by. However, I finally made a breakthrough with research.

Through Gypsy Housing NYC, a Facebook group where numbers are in the thousands and competition is fierce, I made a breakthrough with accommodation. Amazingly, this apartment in Washington Heights (20 minutes subway to Midtown) is the first and only apartment I viewed. To this day, I’m counting my lucky stars that I struck such gold, both in the apartment and in the two American folks I live with. The subway is only a short stroll away, we have laundry in the building (very handy), and I have a large double room for the same price that one would pay in most parts of the city for a single. This was the first big stroke of luck that came my way since arrival, and I hoped it was a sign of things to come…

Meet our Team! Carol, the Managing Director who is obsessed with music and travel.