Beatriz: My experience working abroad during the Covid-19
Visit Cork: top things to do
Co-living in Dublin: the new accommodation sharing trend
How to create the perfect CV & Cover...
Planning your trip to New York
A Travel Guide to Ireland’s Alternative Activities
How Study Abroad in Spain Inspired My Wanderlust
4 Apps You’ll Need to Survive a Year...
Top 4 Culture Shocks in moving to France.
The Best Ice Cream Places to Visit in...
Home #AdventureThatIsLife Washington Heights vs. Woodside: The Pros & Cons of Living in Different Areas of New York City
#AdventureThatIsLifeDiscoverExperiencesExploreInternLive AbroadTipsVolunteer

Washington Heights vs. Woodside: The Pros & Cons of Living in Different Areas of New York City 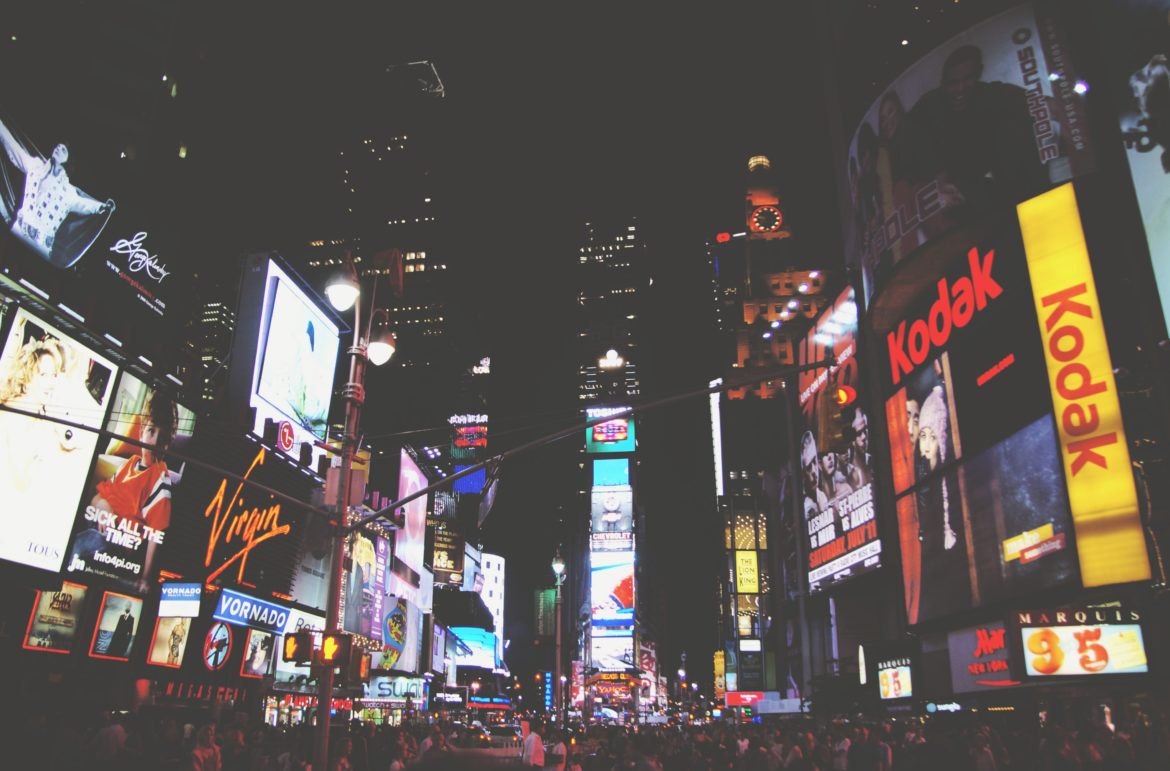 During my one-year stay in New York, I lived in two parts of the city, namely Washington Heights in Manhattan and Woodside in Queens. Life in each area had pros, cons, and major differences.

I’m here to talk you through each one. It’s time for the battle of the boroughs.

Before you ask, that is indeed the address of where I lived in Washington Heights. Feel free to explore the area and check out the amenities. Now for some insights.

I moved to Washington Heights at the start of December 2016, having stayed in a hostel and subsequently an Airbnb for my first month in New York. I secured the apartment through a Facebook group and moved to the area not really knowing too much about it. Through my flatmates and various acquaintances, I came to know much more about Washington Heights.

It actually used to be a popular area for Irish Americans and Irish immigrants, but nowadays the population is predominantly of Dominican birth or descent. Anytime I strolled around the neighbourhood I usually heard Spanish – at times I almost forgot I was still in Manhattan.

If you love parks and nature, then ‘The Heights’ could be the neighbourhood for you. Nearby Fort Tryon Park is wildly popular among New Yorkers and offers some exceptional views.

Meanwhile, nearby Bennett Park just so happens to boast the highest natural point of land in Manhattan, 265.05ft above sea level. Not incredibly high when you consider all the skyscrapers, but cool nonetheless? 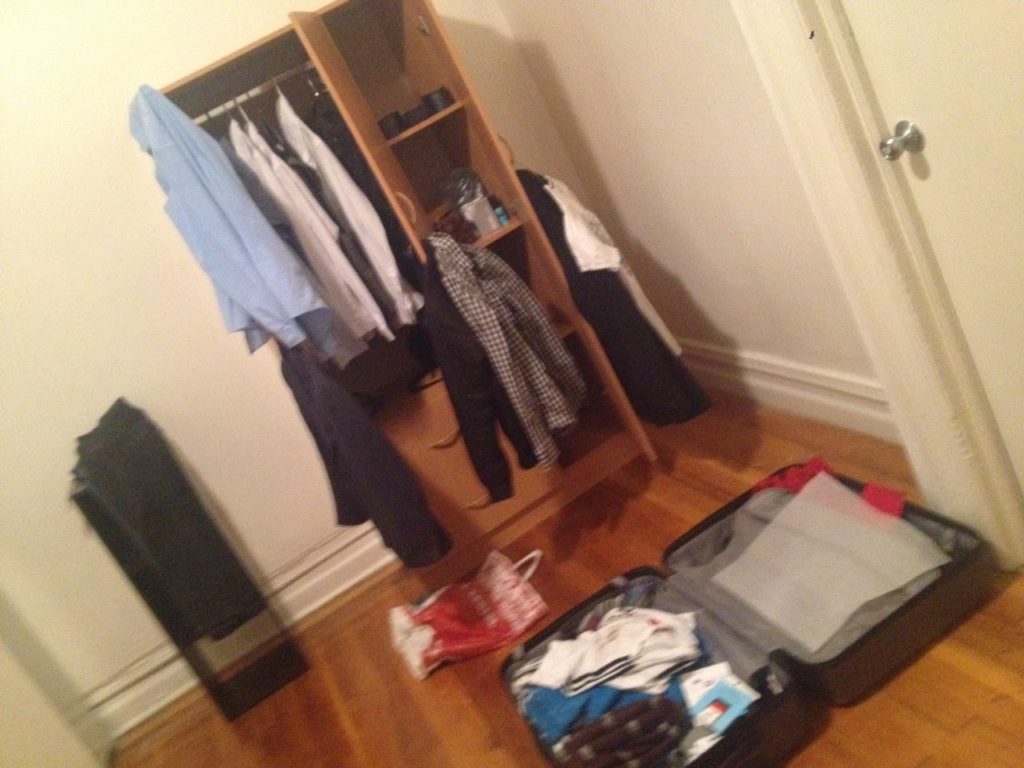 The quirk of having so much space while still in Manhattan was quite unique. Washington Heights is nowhere near as claustrophobic as other neighbourhoods in Manhattan. Thanks to that, my double bedroom and apartment in general were spacious and not too expensive in New York terms, $850/month plus another $30/40 in bills

However, by simply strolling around and conversing with some locals, I could tell that the area was becoming increasingly popular among younger people. This in turn motivates greedy landlords to hike rental prices.

In fact, this piece from The New York Times mentions the fact that, although Washington Heights still represents old New York City in many ways, rental prices are rising and neighbourhoods are slowly but surely becoming gentrified.

Overall, ‘twas a great first neighbourhood to live in. Luckily it didn’t have the tourist madness of Midtown and, due to the presence of so many longtime residents, it definitely felt like authentic New York. The nearby ‘A’ subway at 181st Street ensured that getting to Midtown was pretty straightforward. My daily commute to work was just about 40 minutes door to door.

However, while in New York I wanted to sample life in more than one neighbourhood. And that brought me to my next destination, Woodside.

To recap, here are my pros and cons of living in Washington Heights:

Cons: Quite far from lower half of Manhattan and Brooklyn (two great nightlife areas) and somewhat sketchy late at night.

And that’s the exact address of where I lived in Woodside. In fact, I was a stone’s throw from a busy motorway but thankfully the noise didn’t hinder us very much.

Woodside is just one of a multitude of neighbourhoods in Queens. That and other neighbourhoods like Astoria and Sunnyside prove very popular with Irish people who move to New York. The close proximity to Midtown and Lower Manhattan is great and it’s also near to Brooklyn, ideal for those wishing to avail of great nightlife and culture.

Again, I got very lucky with my apartment. The kitchen/living area had all you’d need and amazingly, I’d snapped up a double ensuite(!) bedroom for just $850/month plus $30/40 in bills. Overall ‘twas nice and spacious, as you’ll see from my very professional iPhone tour. 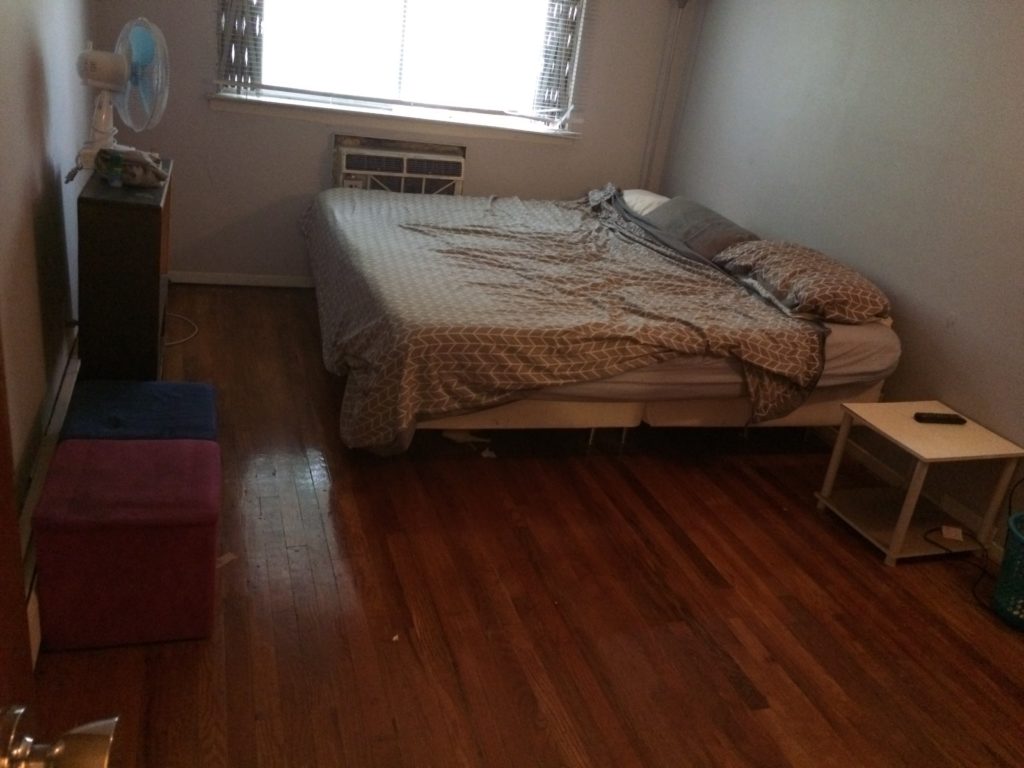 My bedroom on moving day

Although I lived in Washington Heights for nine months and had a great stay there, my few months in Woodside felt more like home. The fact that I lived with two very sound Irish lads, as opposed to two vegan actors from South Carolina, probably made the difference.

I moved to Woodside at the start of September 2017. By this time I was working freelance, and one of the perks of working freelance is the freedom to work from anywhere you want (as long as you have WiFi).

Both September and October brought surprisingly beautiful weather, so there were numerous days of multitasking: working while tanning. 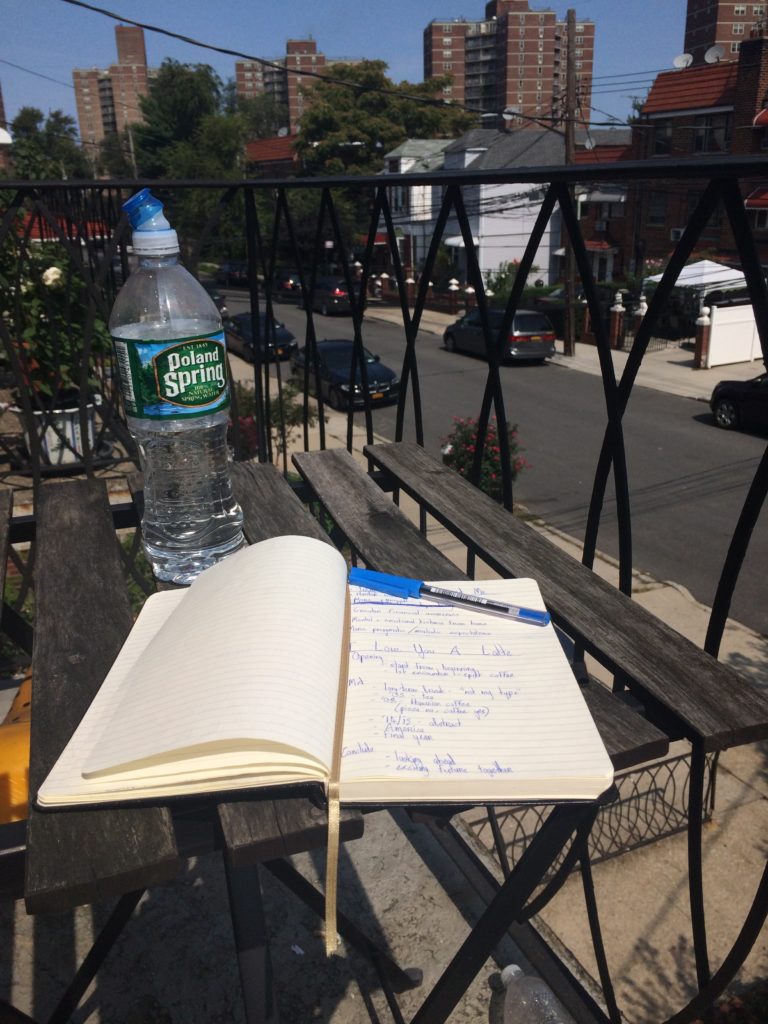 Since I only had a couple of months left in New York, I wanted to make the most of the time I had. Coupled with how well I got on with the two lads, the two months spent in Woodside were easily two of the best months I had in New York.

Overall, Woodside is pretty residential. There’s a lot of hustle and bustle in the centre of Woodside, where you’ll find all amenities and subway lines. However, my part was a sea of calm in an ocean of madness. It provided necessary respite from the mayhem of Manhattan and the buoyancy of Brooklyn nights out.

Faced with a choice between Washington Heights and Woodside, the latter would come out on top.

To recap, here are my pros and cons of living in Woodside:

Cons: Subway is often delayed at nights and on weekends, and that’s actually all.

Where Would I Live?

So I’ve discussed two neighbourhoods above, Washington Heights and Woodside. However, let me put forth a completely hypothetical situation: Ryan moves to New York and is able to move to any neighbourhood he wants. Where does Ryan decide to live? The West Village.

Now, I know you’re probably thinking, “but Ryan, how could you say no to the Upper East Side? Or the Financial District?” And that’s a very good question.

Here’s why: I took a stroll around Greenwich Village and the West Village during my first week in New York. And there’s just something about the West Village that caught my eye. Maybe it was the range of food and drink destinations. After all, places like Tartine kept me coming back. I even looked up West Village apartments online, ones I could only afford in my wildest dreams.

The West Village is close in proximity to Midtown, the Financial District, and other boroughs like Queens and Brooklyn. It’s basically at the centre of where I spent most of my time in New York.

Of course, the West Village is just a drop in the overall ocean known as New York. If I could, I’d live in a plethora of neighbourhoods, just to see what they’re like. The diversity of New York really does present endless opportunities for immersive experiences.

Wherever you live in New York, just be sure to enjoy it. Your experience is what matters.

Ryan’s Trip to Chicago: What to do in the Windy City

AuPair vacation on a budget