Visit Cork: top things to do
Co-living in Dublin: the new accommodation sharing trend
How to create the perfect CV & Cover...
Planning your trip to New York
A Travel Guide to Ireland’s Alternative Activities
How Study Abroad in Spain Inspired My Wanderlust
4 Apps You’ll Need to Survive a Year...
Top 4 Culture Shocks in moving to France.
The Best Ice Cream Places to Visit in...
Travelling Ireland But Rеntіng A Car
Home Experiences Astoria vs. Bushwick: The Pros & Cons of Living In Different Neighbourhoods in New York
ExperiencesInternLive AbroadOur bloggers

Astoria vs. Bushwick: The Pros & Cons of Living In Different Neighbourhoods in New York 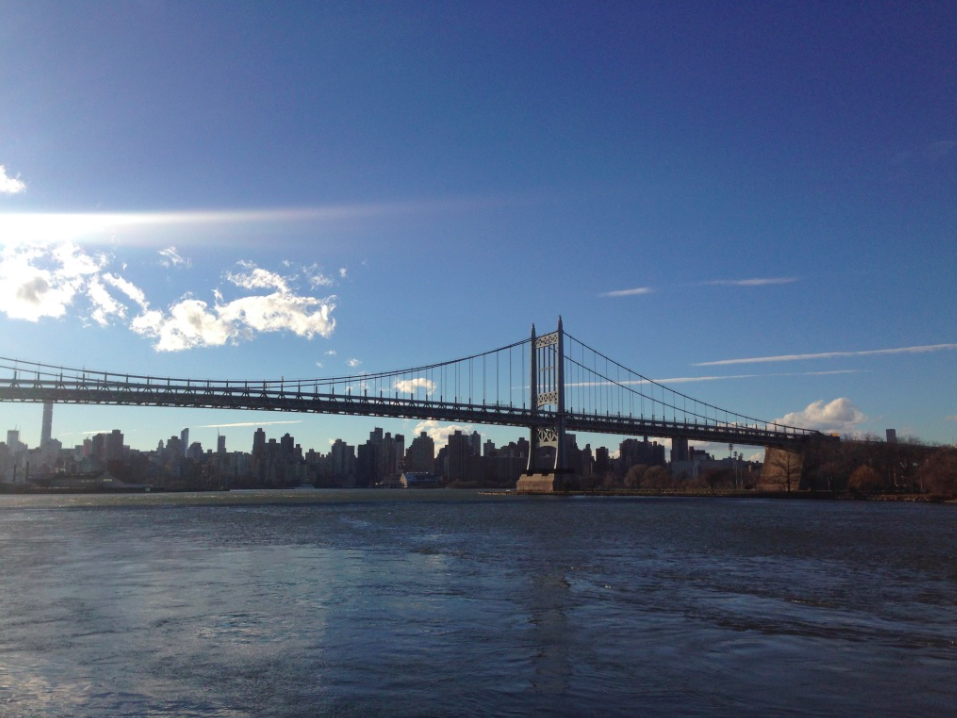 Moving to a city I’d never been to before was daunting and it was especially daunting moving to a country I’d never been to before, but I was ready for the challenge. I had dreamed of living abroad for many years before coming to the States and when I was fortunate enough to land a 12-month marketing internship at HBO in New York City, I was able to make that dream a reality.

Since moving to New York, I’ve had the opportunity to live in two parts of the city, specifically in the neighbourhoods of Astoria in Queens and Bushwick in Brooklyn. Both neighbourhoods are great, but they offer totally different experiences of life in the city. If you’re moving to New York and you’re interested in learning more about either neighbourhood, the following comparison should give you an idea of some of the key differences between them. 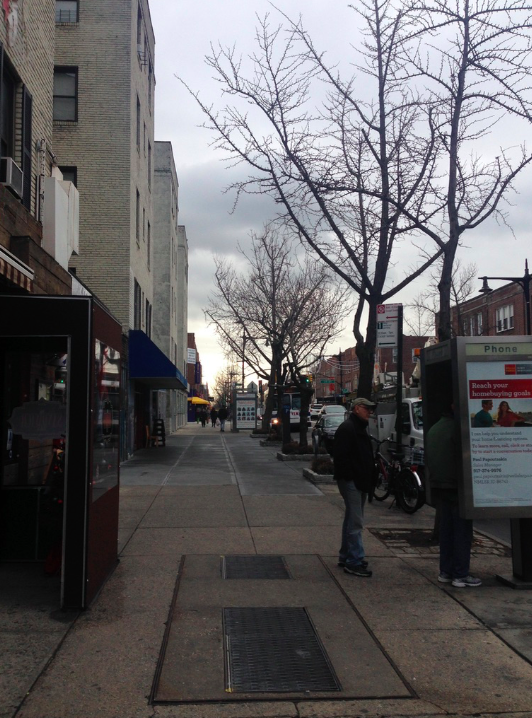 A quiet evening in Astoria.

With easy access to midtown Manhattan and relatively cheap housing compared to other parts of New York, Astoria is fast becoming an popular neighbourhood in New York for people to live. During my first month in the States I lived in a sublet in Astoria just five minutes’ walk from the nearest subway station at Astoria-Ditmars Boulevard and my commute to midtown Manhattan was a convenient 30-minute ride.

Astoria is a great first introduction to living in New York because it’s one of the nicest and safest neighbourhoods in Queens. The neighbourhood is a quiet one — perhaps a little quieter than I had initially expected — but after I started my regular commute into heaving morning throng of midtown Manhattan I came to appreciate the peaceful refuge of my evenings in Astoria. Being an historically Greek neighbourhood, Astoria also has a fantastic range of Greek restaurants on offer, including the well-known Taverna Kyclades, and I was pleased to discover more than a few Irish bars scattered around the area.

The more time I spent there, the more I realised that Astoria is not just a a place that attracts young professionals, but also a place which attracts young families. This gives the neighbourhood a wonderfully serene, suburban vibe, and it’s really nice to walk around during the day and hang out in the local Astoria Park. There are also plenty of grocery stores and general stores, which made my transition as an immigrant moving to a new country super easy because all of the household amenities I needed were there and immediately available.

Saying this, one of the major drawbacks to living in Astoria is that things really slow down at the weekend and there isn’t much to do in the area as regards arts and cultural events. The best nightlife in New York is found either in the LES (the Lower East Side in Manhattan) or down in Brooklyn, and Astoria is a good 60-minute journey from those parts of the city. So, when my sublease came to an end, I decided to move to Brooklyn in order to be closer to some of the areas I was starting to frequent at the weekend, and that’s what led me to my next home in Bushwick.

To recap, here are my pros and cons of living in Astoria:

Cons: Far from LES and Brooklyn (two great areas for going out) and somewhat lacking in arts and cultural events. 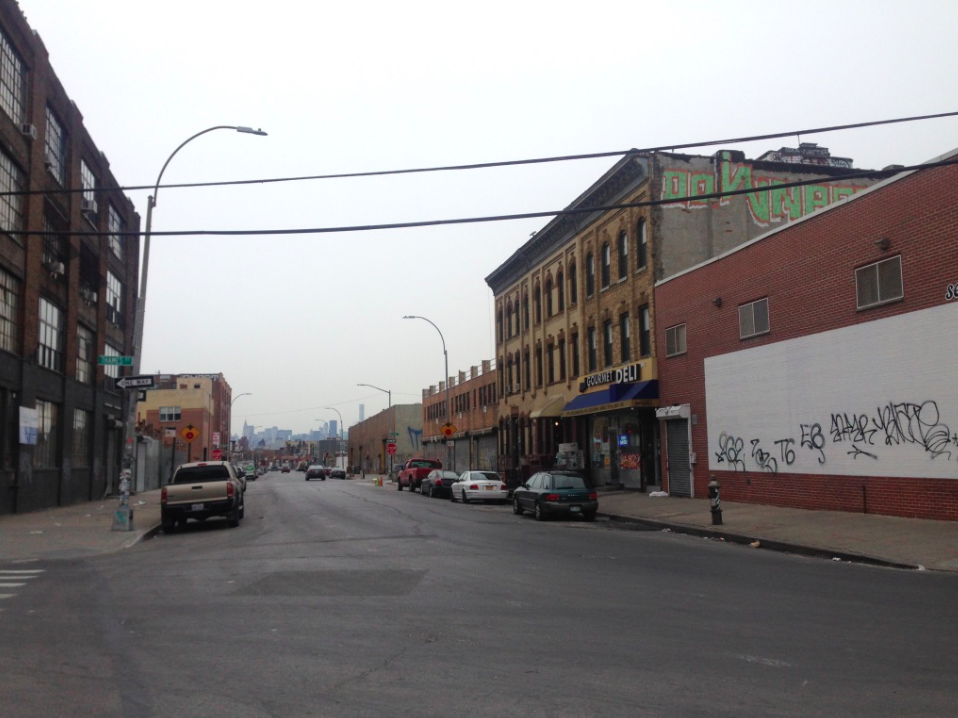 Industrial vibes down in Bushwick.

First things first: the borough of Brooklyn is HUGE and there is no shortage of good neighbourhoods to live.  From Prospect Heights to Bedford-Stuyvesant to Greenpoint, Brooklyn offers plenty of choice. However, when looking for my next home in New York, there was one neighbourhood that kept creeping up in conversation and internet chat forum alike, and so I decided to look for a sublet in Bushwick, Brooklyn.

At first glance, Bushwick may not look like much. It used to be an industrial area of the city dedicated to the textile industry and sometimes you get the sense that you’re wandering around some kind of forgotten factory wasteland. But the neighbourhood is alive with art and culture. The Bushwick Collective is a world-famous outdoor graffiti gallery and a lot of the street art that Bushwick is known for is concentrated there, but you can find artwork on almost every street corner. Bushwick is a haunt for artists and creatives, meaning it also plays host to a number of events that cater to this community. I’ve loved spending time this year at weekly Drink n’ Draw events held at Bat Haus (a nude/life drawing event where you also drink beer) and going to movies at the Rooftop Cinema Club.

There are also a lot of bars, many of which look look kind of shabby from the outside, but when you enter you find great dives and hipster haunts. The Johnson’s isn’t far from my house and offers $2 beers (!!!), and a couple of other great bars I’ve found in the area include the Gallery Bar and Flowers for All Occasions. Bushwick is also where the (in)famous House of Yes nightclub can be found, so if nightclubs with circus themes are your thing, this is the place to hang.

During the day, I’ve been able to find plenty of good coffee shops, which is necessary because I do a lot of writing in my spare time. Bushwick is also home to a number of thrift shops – including the well-known L Train Vintage – and exploring what these shops have to offer has been a great way to keep my wardrobe updated while working on a budget this year.

However, if you are considering moving to Bushwick, you should know that one of the main service lines, the L train, is shutting down. This is a problem because the M train and other trains that service the area are very, VERY unreliable. My commute now takes anything from 45 to 60 minutes depending on what time I leave the house. I find the train is much more awkward, crowded and uncomfortable than it ever was when I was traveling to and from Astoria.

But while my commute is more difficult, at the weekends I find that Bushwick is much closer to LES and also closer to some really nice parts of Manhattan like the Financial District. Being in Bushwick has also made it easier to explore other parts of Brooklyn, such as the gorgeous Brooklyn Heights (rumour has it Sarah Jessica Parker lives here) and Prospect Heights (free concerts are held in Prospect Park during the summer).

So, to recap again, here are my pros and cons of living in Bushwick:

Cons: Access to Manhattan is more limited, the outdoor aesthetic is a little barren/ugly, and the neighbourhood can get rowdy depending on where you live. 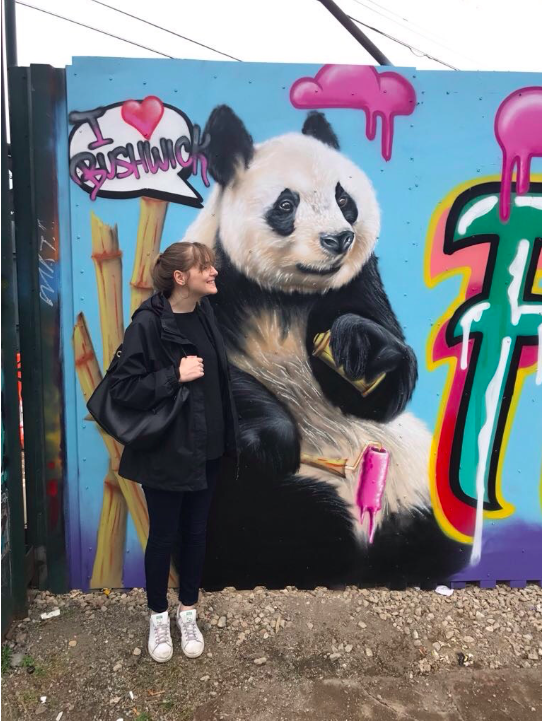 Me and my new friend express our mutual love of Bushwick.

If you’re considering moving to Astoria, Bushwick, or any of the other neighbourhoods in either Queens or Brooklyn, you’re spoiled for choice. New York is a huge, sprawling metropolis which at times can be overwhelming, but at other times its size can present the opportunity to explore, try new things and cultivate the kind of experience you want to have while living abroad.

For me, it was a question of what neighbourhood was best for me, for my personality — a question of: “Where do I want to spend my weekends?” For me, that answer was, “Brooklyn”, but for many of my other Irish friends, Astoria has been the best home they could ask for. My advice is to do a little research, spend time in different areas and try to find the neighbourhood best suited to you.

How to Plan for Visitors While Living Abroad

After an Unforgettable Year, I’m Bidding Farewell to New York and Back in Ireland