Beatriz: My experience working abroad during the Covid-19
Visit Cork: top things to do
Co-living in Dublin: the new accommodation sharing trend
How to create the perfect CV & Cover...
Planning your trip to New York
A Travel Guide to Ireland’s Alternative Activities
How Study Abroad in Spain Inspired My Wanderlust
4 Apps You’ll Need to Survive a Year...
Top 4 Culture Shocks in moving to France.
The Best Ice Cream Places to Visit in...
Home #AdventureThatIsLife Think Your Smartphone is Crucial in Ireland? Wait ‘Till You Get to New York!
#AdventureThatIsLifeExperiencesExploreLive AbroadThe practical stuffTips

Think Your Smartphone is Crucial in Ireland? Wait ‘Till You Get to New York!

A quick disclaimer: I have an iPhone 5S.

My 4S gave up earlier in the year so I had no choice but to upgrade. Luckily, the 5S I bought (off eBay) was in virtually perfect condition. Therefore, it made much more sense than spending hundreds on the latest and apparently greatest offering from Apple.

Whether in college or working, we use our smartphones for everything now. After all, what epic party doesn’t start off with somebody asking, “what’s the WiFi password?”

New York is a modern city but, when you first move there, it also seems like a huge city. In those early days, your phone apps act as companions, sounding boards, and can even save your bacon in desperate situations.

Here are some of the essential apps for life in NYC, and how they’ve saved me more than once!

I think I speak for everyone when I say that we’re all on a journey to the end of our email inbox. The struggle is all too real: decreased concentration, needless newsletters, wasted time.

This is where Astro comes in. Powered by artificial intelligence, Astrobot, an in-app chatbot, helps you declutter your inbox, set up reminders and ultimately, prioritise what’s most important.

I actually discovered the app through Product Hunt, a great place to find new apps.

Since I downloaded Astro, I’ve been able to much more effectively manage my email accounts. In New York, time is money. Therefore, this app will make you rich!

Ah, good ol’ Google Maps. Whether in Spain or the United States, I’ve actually used this app without even thinking about it.

It’s the Google effect. Do you ever find yourself unable to think of something and instead of consulting somebody, you immediately turn to Google for answers? Well Google Maps takes Google’s place in public settings.

It’s very unsettling if you don’t have access to Maps. In New York, I always wanted to check out different areas, bars and so on. A drawback of that? Potentially getting lost on the way. That’s where Google Maps steps in to save the day. It’s essential.

Onto another amazing Google app.

One drawback of iPhones is their regular ability to run out of storage. Usually, this is due to too many photos and videos. That’s where Google Photos comes in.

I must actually thank an employee named Denzel at Apple’s Fifth Avenue store in New York for this recommendation (cheers Denzel!). Google Photos lets you store limitless photos and videos for free in the cloud. Luckily, you can set it to backup files anytime you’re connected to WiFi.

As you can tell from my Facebook, I like to take photos when I live abroad. Therefore, Google Photos is an absolute lifesaver. I’ve been able to delete hundreds of photos from my phone to free up room for music and podcasts, safe in the knowledge that all my files are in the cloud.

Who likes to book late or last-minute flights?

How Hopper works is pretty straightforward:

My first time using Hopper was in July 2017. I wanted to track flight prices for a trip to Chicago. Thanks to an update, I was able to score Delta flights for $160 return just a week before flying.

Hopper predicted that prices would fall around that time, and it was proven right. Thanks to Hopper, I was able to enjoy views like this from Willis Tower.

I’ve previously discussed my feelings about the New York Subway. It’s good, it’s bad, it’s everything in between.

Whatever your opinion, the NYC Subway app is absolutely crucial when you first move to NYC. With features including a route planner and a subway map available both on and offline, NYC Subway helps you figure out how to navigate the subway system.

I’d now consider myself a subway expert but when I first moved to New York? Jesus it was one calamity after another!

Once I downloaded the app, I started to get the gist of things. Plus, if you’re still out in a bar past 5am, charging your phone with a pal’s portable charger and trying to figure out your route home, it’s handy to see which lines are running smoothly (or not). 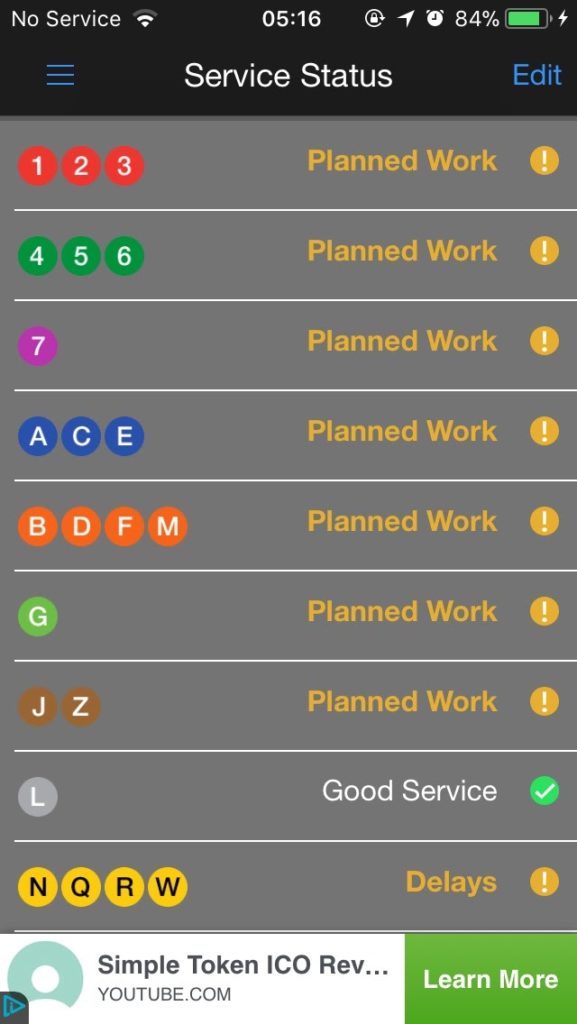 Another app that people can very much relate to. Do you ever hear an incredibly catchy song either in public or on the radio? And neither you nor your friends recognise it? That problem is solved by Shazam.

In a handful of seconds, Shazam identifies any music playing around you. Not only that, it also gives you the option to buy, download, or share it.

Whether I was in a bar or shop, I often found myself unable to identify songs in the States. The music scene is quite eclectic and different, and you’re likely to come across many new artists and bands.

For example, Shazam came into play when I wanted to identify an incredibly catchy, 60’s-style song I heard on the radio during the summer. Since then, I’ve told anyone who would listen about it. 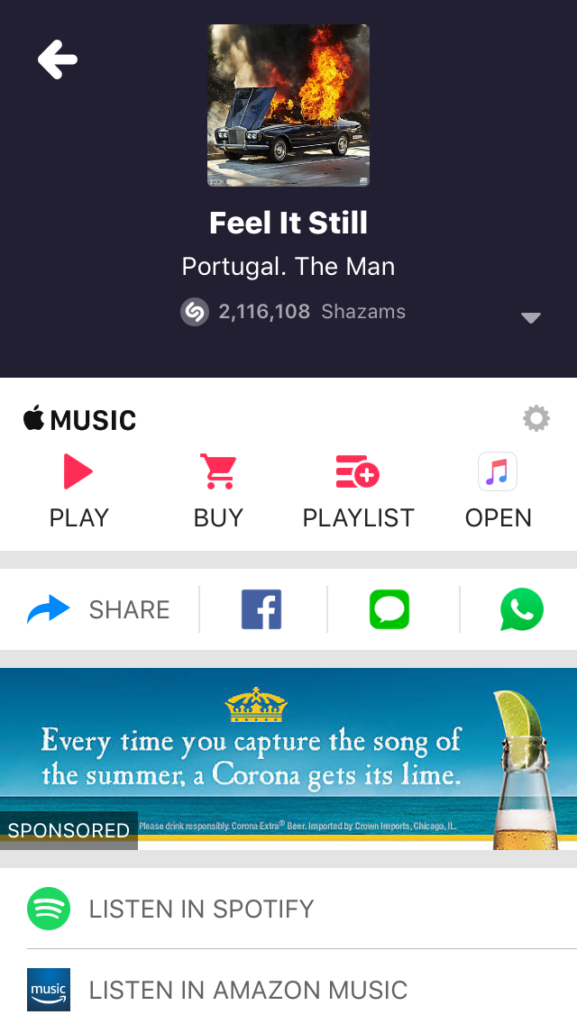 StubHub is a godsend. If you live in the States, especially in New York, you need this app.

So much goes on in New York on a nightly basis that it can be difficult to hear about events. Do you feel like checking out a comedy show, gig, or sports game? StubHub has what you need.

Through the app, you can get great prices on tickets at the very last minute.

I actually used StubHub to get a ticket for The Carole King Musical in New York earlier in 2017. Even though I booked it the day before, I got an unreal price that would be hard to beat anywhere else.

Do you need to get to the airport to catch a flight? Is the subway acting up? Do you and your pals want to go to a club at the other end of the city?

Uber and Lyft are what you need.

Both companies are well-known and successful, and they serve the same purpose. You can get picked up and dropped off anywhere for a flat rate. When you first sign up, you might even avail of a promotion such as $5 discounts.

These apps represent an amazing alternative to regular cabs (not a fan).

On Uber, you even get a rating based on drivers’ assessments of you as a passenger. 4.6 and above is considered stellar – just sayin’. 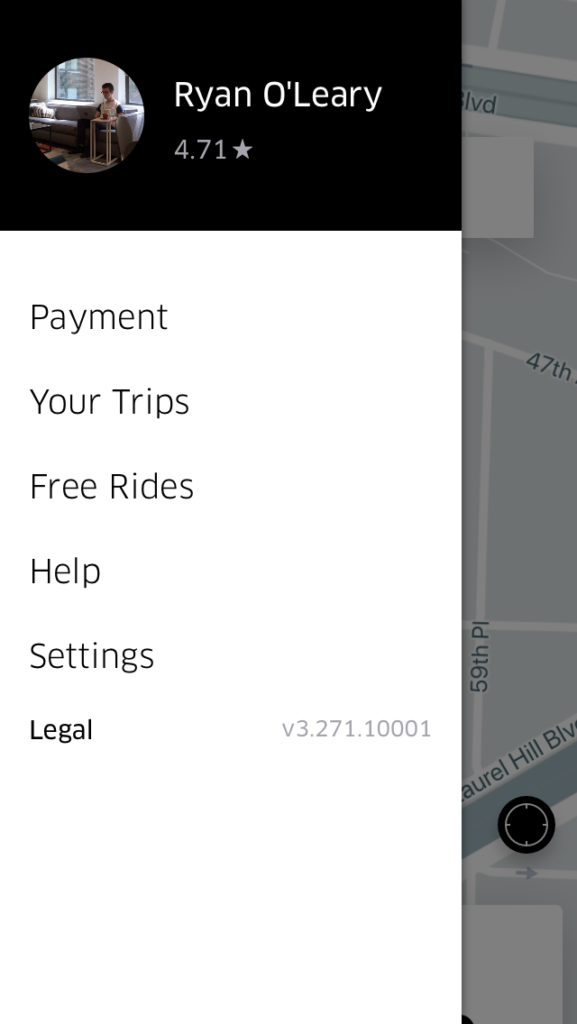 My last recommendation is easily one of my favourites.

Venmo allows you to make and share payments, either using money in your Venmo account or through your bank account and debit card. It’s amazingly quick, easy, and so handy.

Splitting dinner or drinks tabs can often be tedious, especially with a large group. Venmo streamlines this process.

I don’t think it’s available in Ireland yet (sob sob) but it’s everywhere in New York and America in general.

Isn’t the smartphone great? Only ten years old but now ubiquitous, it’s hard to imagine not having one.

New York is a city on the go, a transient place where people are coming and going from one place to the next. When on the go, you need a smartphone at your disposal. Fortunately, almost 2.4 billion people have used smartphones this year. This will continue to rise.

Companies like Apple and Google deserve applause for their constant smartphone innovation – I’m sure New Yorkers app-laud the smartphone in unison.

Before You Go, Refresh Your English Skills with Tips from an English Teacher