Beatriz: My experience working abroad during the Covid-19
Visit Cork: top things to do
Co-living in Dublin: the new accommodation sharing trend
How to create the perfect CV & Cover...
Planning your trip to New York
A Travel Guide to Ireland’s Alternative Activities
How Study Abroad in Spain Inspired My Wanderlust
4 Apps You’ll Need to Survive a Year...
Top 4 Culture Shocks in moving to France.
The Best Ice Cream Places to Visit in...
Home Tips It’s All About Who You Know: The Importance of Networking in New York
TipsWork

It’s All About Who You Know: The Importance of Networking in New York 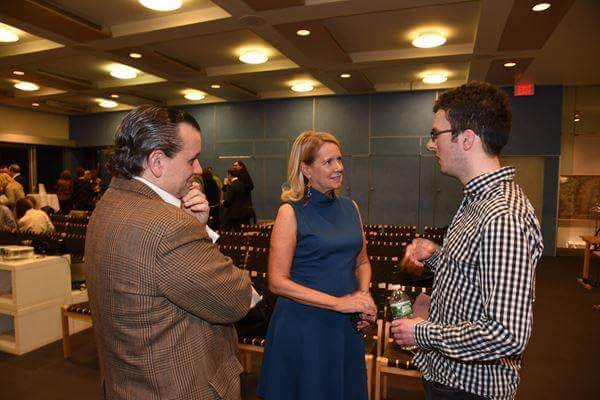 Merriam-Webster puts it best: networking is, “the exchange of information or services among individuals, groups, or institutions”.

Its undoubtedly been the best use of my time in New York thus far – here’s why.

I moved to New York by myself. This isn’t a case of woe is me; I did know one or two people here before moving. However, when people are trying to balance their personal lives with busy working lives, their time will be limited. Therefore, I was on the voyage of discovery by myself.

Networking was (and is) the best way to meet new people, be it in bars, at events, or even on trips to football games! It was the ideal way to settle in, get set up, and, as you’ll soon see, to figure things out professionally.

There are a few local organisations and places in particular that I recommend, not just to Irish people moving to New York, but to people in general.

Fortunately, I’m here to give you the lowdown on each of them. 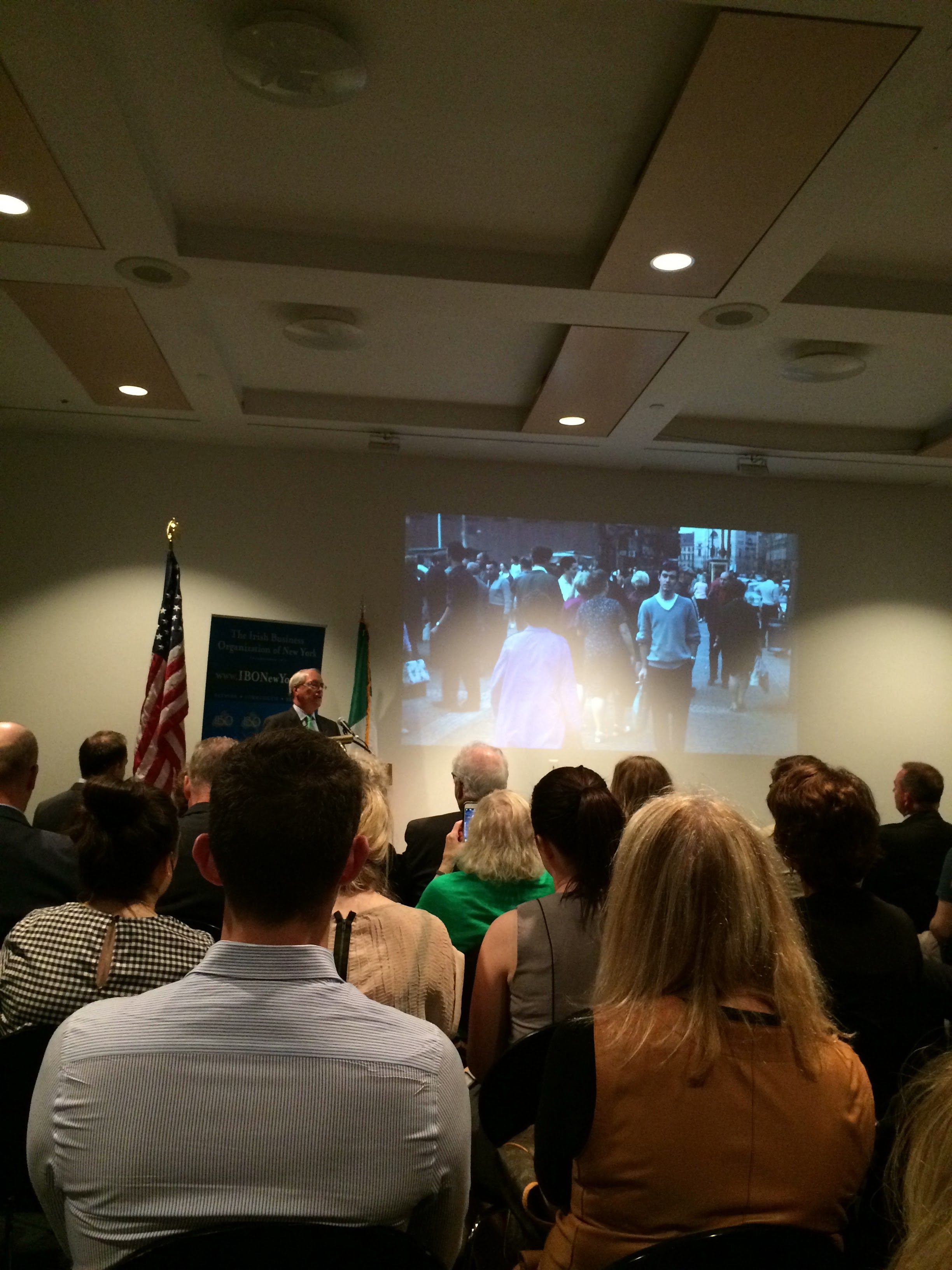 Founded all the way back in 1973 (I was -20 then), the Irish Business Organization is one of the leading networking destinations in New York. A mantra of ‘Network, Communicate, Reciprocate’ perfectly sums up the aim of the organisation and its members. These aims are achieved with great regularity – four events are held every month:

My first IBO event was back in February 2017 and since then, I have done my best to attend as many as I can. Members are primarily Irish and Irish-Americans who possess a plethora of professional experience both in New York and further afield. I always meet lovely folks at the events and I usually come away feeling more informed, insightful and interesting (thanks guys).

On we go to New York Digital Irish.

Founded in 2013, Digital Irish is comprised primarily of tech and digital media folks from Ireland and beyond. The organisation hosts monthly and bi-monthly networking sessions and pitch events where entrepreneurs and start-ups present to the audience.

Speakers are always interesting, and the food and refreshments go down an absolute treat.

An event back in November 2016 was actually my second in New York, and it helped me realise the full importance of networking here. 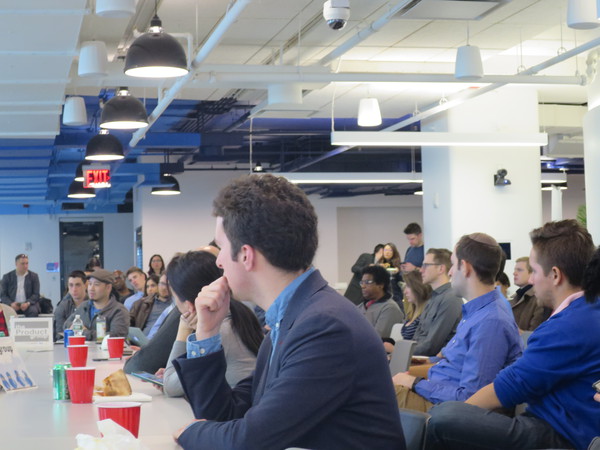 The Product Group brings together people from all product backgrounds: think UX/UI design, product designers, product managers, product marketers, and so on. At these monthly events, guests from a featured company field feedback and questions from the audience. It’s a roundtable format, meaning that anyone can offer advice and expertise.

I only discovered The Product Group thanks to a gent I met at a Digital Irish event. You see how networking works?

I’m most definitely grateful for the recommendation.

Although I’m not a ‘product person’, I’ve met some great people at these events and obtained valuable insights about very interesting companies and products.

All events are free so, as long as you register via the website, you’re all set to attend and enjoy.

And now for something a little different.

Each recommendation thus far has been a nonprofit or voluntary organisation. Spark Labs? It’s a business.

Operating in a similar niche to companies like Alley and WeWork, Spark Labs offers shared office- and workspaces for entrepreneurs, freelancers and start-ups.

This industry is growing at home –  Republic of Work offers the wonderful people of Cork a great option, whilst businesses like CoCreate and tcube are popular in Dublin.

Spark Labs has multiple locations Stateside. In New York there are two: one a block from Bryant Park, and one near Union Square.

What I think makes Spark Labs a great networking destination is the events that are held with great regularity. Topics such as entrepreneurship, fintech and the future of technology in general feature prominently, offering people a great array of possibilities for mingling with locals. 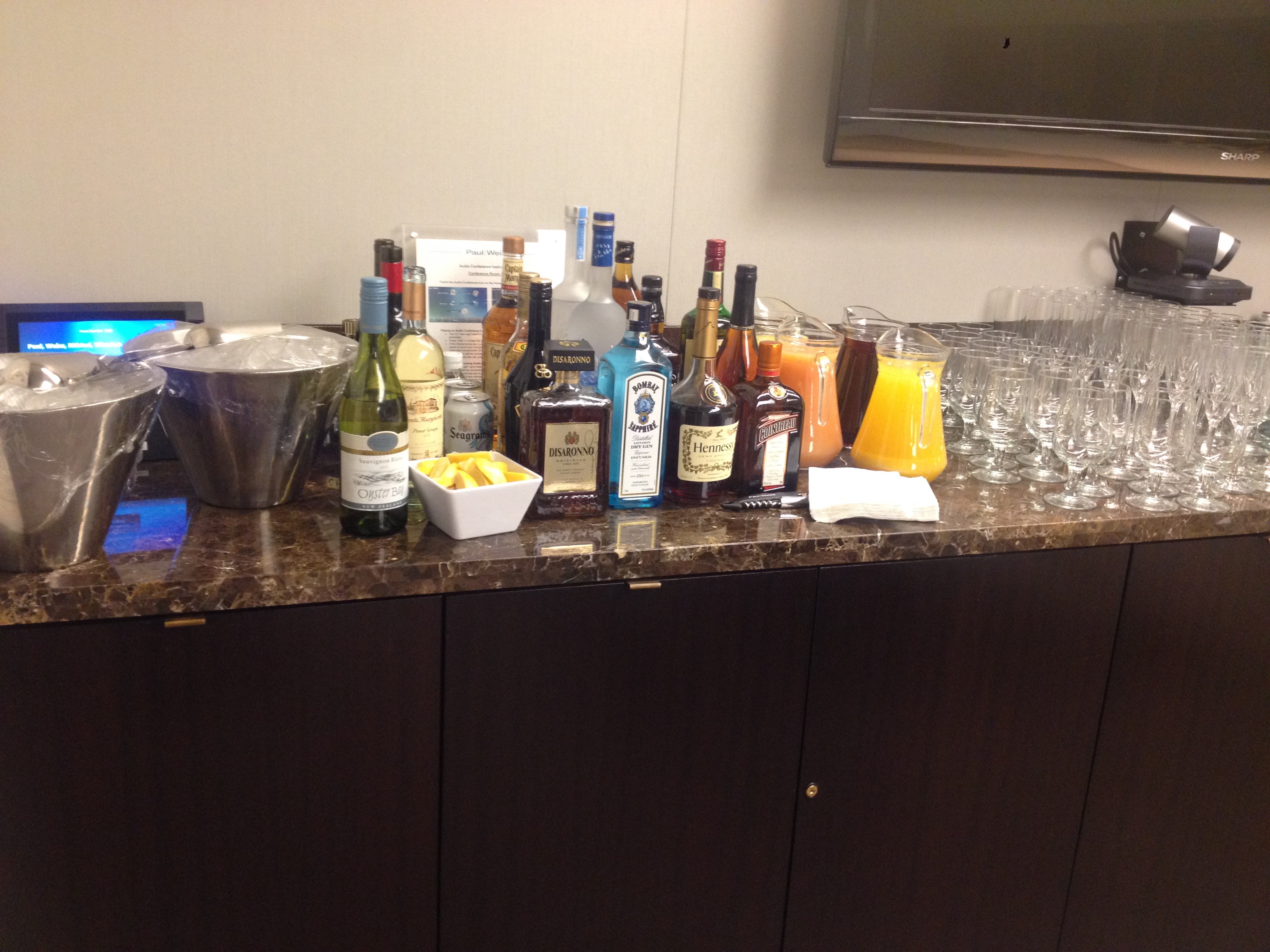 Quite the spread eh?

Ending things on a note closer to home, I’m happy to give you the cherry on top of what is hopefully an enjoyable dessert.

It was my first networking event; however, I was not to know that a brief connection from this event would eventually result in my securing a job in January. A lovely lady from Cork would connect me with the company I would go on to work for, Sprinklr.

I’ve maybe mentioned this before, but I 100% believe that everything happens for a reason. An encounter of not even two minutes would end up being the catalyst for me figuring things out professionally. Isn’t it amazing how things happen?

There has not been a UCC alumni event since then. However, an entrepreneurial event with UCC involvement is coming up shortly so I will most definitely attend.

Unsurprisingly, I highly recommend attending alumni events. Not only did I meet other young Irish graduates there, but I made a number of connections, some brief, but others that evidently had a remarkable impact on my time in New York.

Work on your network

If I’ve not displayed the value of networking yet, then I honestly don’t know who or what will.

It has proven to be vital both professionally and personally. Before networking, I didn’t have a job and I knew barely anyone. After networking, I had work and I knew a whole host of wonderful people.

It reminds me of Alicante often. We still maintain regular contact with other friends and international students from our time in Spain, and I have no doubt that I will stay in touch with many of the people I have met through networking in New York.

In an age of social networking, real-life firsthand networking cannot be surpassed. That, my friends, is a fact.

Why you should want to move to Paris.

How to Make a Home Wherever You Go