Beatriz: My experience working abroad during the Covid-19
Visit Cork: top things to do
Co-living in Dublin: the new accommodation sharing trend
How to create the perfect CV & Cover...
Planning your trip to New York
A Travel Guide to Ireland’s Alternative Activities
How Study Abroad in Spain Inspired My Wanderlust
4 Apps You’ll Need to Survive a Year...
Top 4 Culture Shocks in moving to France.
The Best Ice Cream Places to Visit in...
Home Experiences The Joy and Madness of New Year’s in New York City
ExperiencesInternLive Abroad 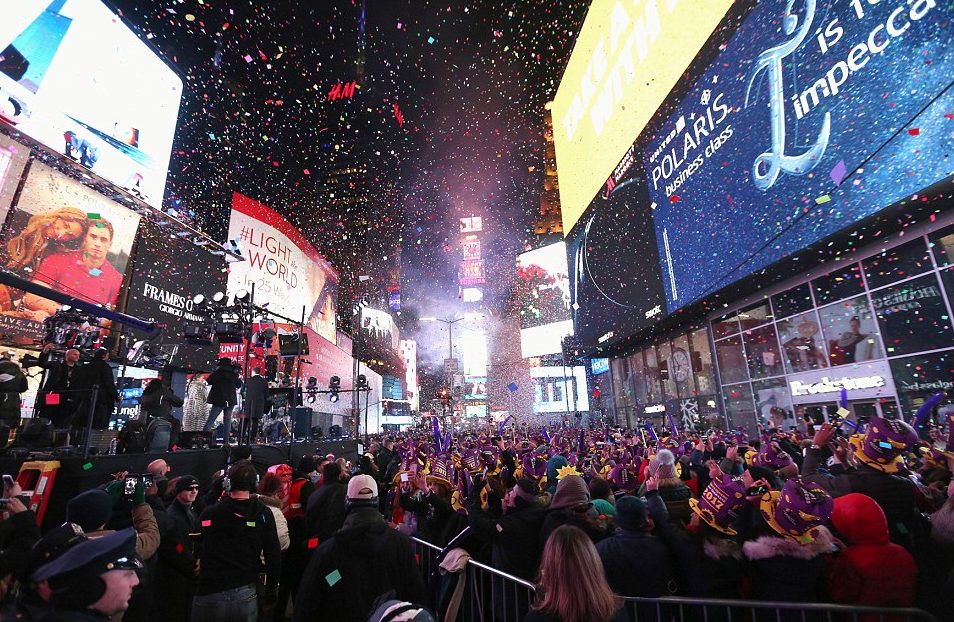 New Year’s Eve 2016 started out just like most Saturdays in New York: I enjoyed a sleep in. Not the most thrilling start but tame in comparison to the wild celebrations later that day.

My two housemates were already away visiting friends so the apartment was mine for the day. Therefore, I decided to do what I always do when home alone: play some of my favourite music and play it LOUD.

Perhaps because I knew the night would be eventful and beverages would be plentiful, I relaxed more than usual. I had only been in New York for about two months and was still in the midst of the job search. Luckily, my job search would soon come to an end but in the meantime, things were slightly tense.

I had no idea if or when I would get work. I was cautiously optimistic, but there are never any guarantees in New York. At least a New Year’s night out would allow me to “let my hair down” and relax a bit. It’s easy for a job search to consume you so it’s important to kick back.

Due to my aforementioned sleep in, the afternoon actually went by quite fast. Before I knew it, it was time to get ready, 3pm. And yes, I tend to take my time getting ready. 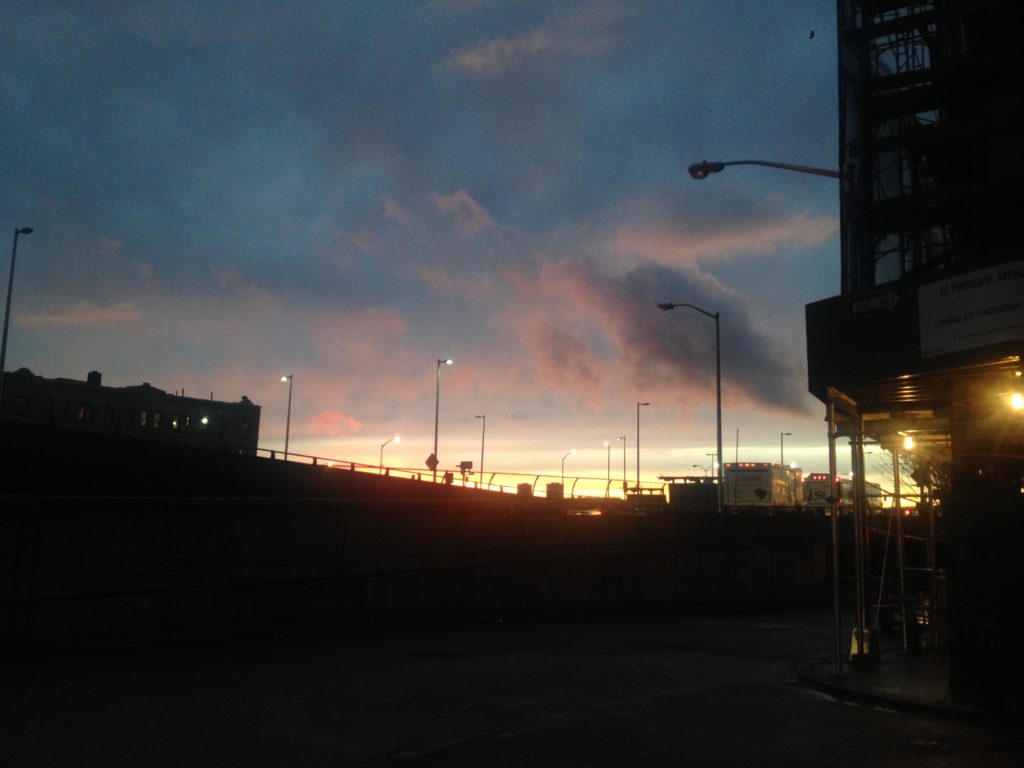 Early preparation was necessary because on this day of all days, the subway was insane. I think Black Friday might have been the only other time I witnessed such a packed subway. There was barely room to breathe. So as you can imagine, I couldn’t wait for my A train journey from 181st Street to 59th Street Columbus Circle to end.

I took a number of deep breaths upon departing the subway, mainly because I actually could. Thereafter, a quick pit stop in Chipotle for a burrito bowl of brown rice, pinto beans, chicken, lettuce, guac and salsa. I’m sad enough to remember that because I always ordered that.

It was coming up to 6pm now, almost six hours until the ball dropped and confetti poured out. It was time to meet the lads and venture to Iron Bar, a great sports bar in Midtown. There were some important college football games being played and places would soon be packed, hence our strategy was to get to places early.

Our strategy paid off too, because we somehow snapped up seats at the bar. The college football game was mildly entertaining but once other customers picked up on our accents, the night truly clicked.

Needless to say, Irish accents are adored in New York and the States in general. To be fair, what can you do when other folks offer to buy you some tequilas?! The other New Year’s revellers at Iron Bar were a sound bunch and, a few hours after arriving there, a group of us decided to venture to another bar while we had the time.

Now, due to events at this second bar (and the length of the night in general), I don’t recall the name of this bar. It’s not a particularly well-known bar or one I’ve been to since then – it just so happened to be quiet that night. That’s probably indicative of a lack of success to be fair.

In any case, we left this unknown bar around 11.30pm, only to be faced with an arduous task. If we wanted to be anywhere near Times Square in time for midnight, we would have to weave and wander through scores of people. I felt like a speedy Manchester United winger, perhaps the one I was named after, taking on all comers and making my way past them.

Despite a noble effort, we ended up ringing in 2017 on a street just off Times Square. I was just one of apparently 2 million people gathered in and around the Crossroads of the World. To think that there were so many people there that night blows my mind. Although the mere mention of New Year’s in Times Square inspires shoulder shrugging from many, it’s something I’m glad to have experienced just once.

As for the celebrations after midnight, details are sketchy at best. I do know for a fact that I got back to my apartment around 6am. Sign of a successful night!

Needless to say, New Year’s Day was a bit tough for my mind, body and soul. I went for the cure at McGee’s, one of my New York favourites. Afterwards I embarked upon a first stroll in the cold, fresh January air and was greeted by the glorious sight of Grand Central Station at night. 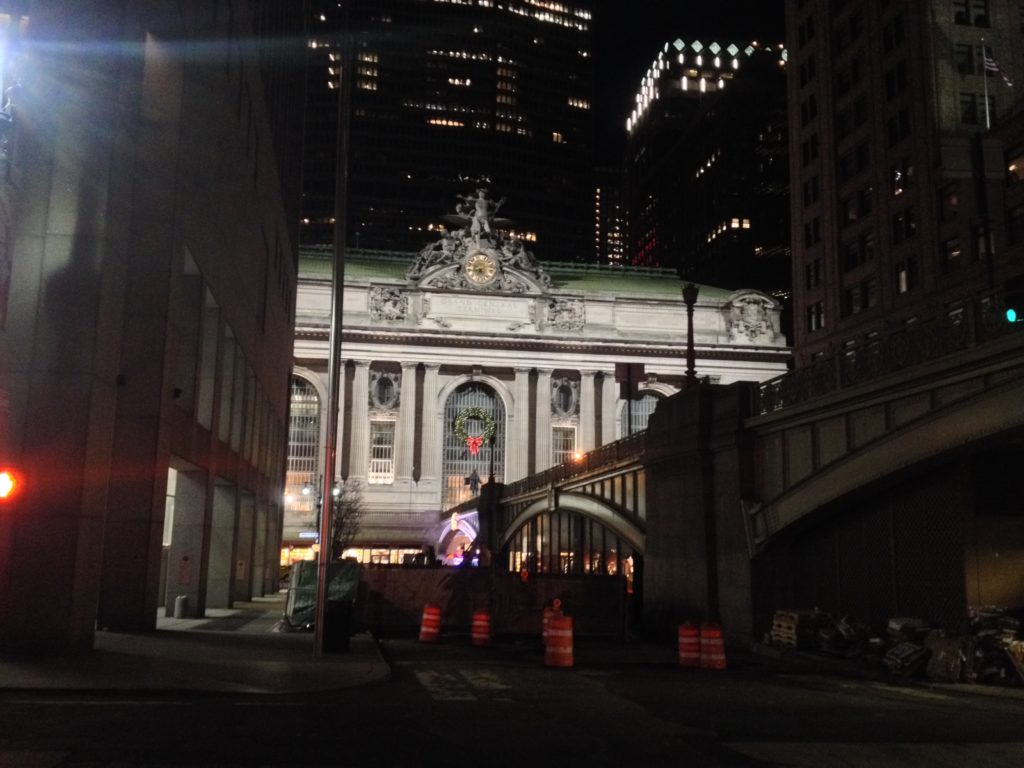 I was so tired that I couldn’t even devise my New Year’s resolutions until the day after (not that I came up with very many).

After ringing in the three previous years in Dingle and Courtmacsherry twice, it was a rather different environment than I was used to. I’m glad to have experienced it, especially since nights out as mad as that get a bit tougher the older you get.

New Year’s in New York was full of festivity, madness and revelry. It’s not something I’ll forget (or remember in greater detail) any time soon.

How to Get Out of the Hostel Bubble