Beatriz: My experience working abroad during the Covid-19
Visit Cork: top things to do
Co-living in Dublin: the new accommodation sharing trend
How to create the perfect CV & Cover...
Planning your trip to New York
A Travel Guide to Ireland’s Alternative Activities
How Study Abroad in Spain Inspired My Wanderlust
4 Apps You’ll Need to Survive a Year...
Top 4 Culture Shocks in moving to France.
The Best Ice Cream Places to Visit in...
Home How To How to Get Out of the Hostel Bubble
How ToThe practical stuffUncategorized

How to Get Out of the Hostel Bubble 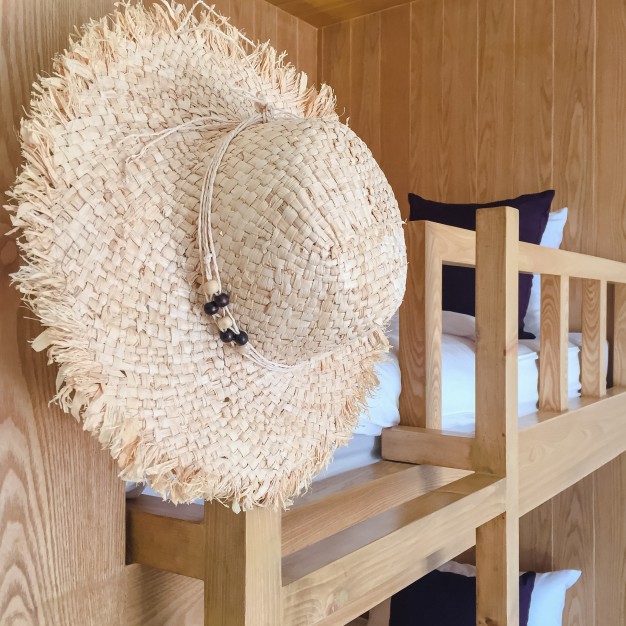 Yes, hostels can be fun. They’re also very budget-friendly. They are a great way of meeting new, interesting people that like to travel as much as you do. But over the years, I’ve found that it’s also a place where you can get sucked into the hostel life, surrounded with other English-speakers or speakers of your first language who you can easily and quickly connect with, you forget that there are new and interesting people who live where you are visiting. So, how do you get out of the hostel bubble?

Here are some ideas that have worked to get me, an introverted, physically small, Filipino American woman, out of the cushion of fellow English-speaking foreigners and into the real world.

This almost goes without saying because I feel like it’s been repeated on this blog a number of times, but I’m going to say it anyway. Learn the language. As much as you can. And don’t do it just to say that you can “speak” another language. Do it because you want to genuinely learn about someone who is different from you. Or do it because you want to learn about the place from the perspective of someone who knows it better than you ever will. Do it because it’s difficult.

You might only ever learn “thank you” and “one, two, three,” and that’s okay. The intention is there, and I think people will appreciate that you tried. 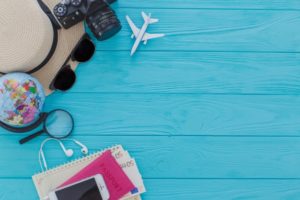 Opt for an AirBnB

If you’re taking quick weekend trips during your time living abroad and you truly want to “get off the path,” try not staying at a hostel. At a hostel, you’re more likely to connect only with other foreigners, and not ever anyone from the place you’re visiting. Like a big cushion of comfort.

Staying at an Airbnb puts you in the home of a person who lives there. A person who’s not only opened their home to travelers but is ready and willing to show you their favorite parts of their city (by either making recommendations or perhaps even going out with you!). They also know to get out of your hair when you need space.

Ask your network if they know anyone in the area

When I told my dad I was going to Bali, he immediately put me in contact with an old high school boyfriend of my aunt’s, who I suppose he’d kept in contact with all these years. Odd, I know. But the man was now married to a Balinese woman, Rita.

In Bali, they picked me up from the airport. They told me about the history of the place and about the current problems it was facing. And they even let me stay in their house. As I took a walk around their neighborhood, I found myself surrounded by rice fields and quiet. Something I never would have even known to put on a bucket list, but there I was.

So, ask. It doesn’t hurt. Put up a status on Facebook. Let yourself be surprised at what comes back.

On Penang, Malaysia, I went to a yoga class. I left the yoga studio shortly after a brief conversation with the instructor and went to find some breakfast (a rice plate of some sort with some mango afterward) at a market. While I didn’t meet anyone, I felt like I was part of a community. Doing much the same things I would at home though among the people that live there doing much the same things they’d do every day, too.

Maybe you actually do meet someone who lives there. Maybe they invite you out. Or maybe not. It’s the doing what you would every day part, alone like you would normally (at least if you’re introverted like me), that gets you out and among people. 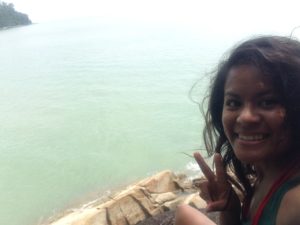 On my first solo hike on Penang, Malaysia.

My solo trips have been my favorites. Mostly because I could choose where I wanted to go and when and how. In Seoul, South Korea, I once ate a meal in a restaurant (because of the way Korean meals are made, they are almost always meant for two people) alone. The older couple next to me started speaking to me in Korean, and I could only reply with nods and smiles. They giggled and offered me their bowl of rice wine.

It was such a simple yet kind gesture that I’ll never forget. I don’t think I would have experienced such kindness had I been sharing that meal with someone I’d met at a hostel. I would have been too engaged in our own conversation. But because I was alone (and maybe a little pathetic looking with all my plates and a grill for two in front of me), I was able to share a small moment with people, speaking a language beyond words.

It can be scary (especially for women) to venture out alone, but it can also be very rewarding. Use good judgment. But also know that, even though we see all this anger and these terrible things happening internationally, there are pockets of kindness out there. You just have to be open enough to find them.

5 Podcasts That Will Make Your Subway...