Visit Cork: top things to do
Co-living in Dublin: the new accommodation sharing trend
How to create the perfect CV & Cover...
Planning your trip to New York
A Travel Guide to Ireland’s Alternative Activities
How Study Abroad in Spain Inspired My Wanderlust
4 Apps You’ll Need to Survive a Year...
Top 4 Culture Shocks in moving to France.
The Best Ice Cream Places to Visit in...
Travelling Ireland But Rеntіng A Car
Home Live Abroad Traveling is the Best Education…But Studying Helps! Practical Tips From An American student moving to Ireland
Live AbroadStudyThe practical stuffTips

Traveling is the Best Education…But Studying Helps! Practical Tips From An American student moving to Ireland 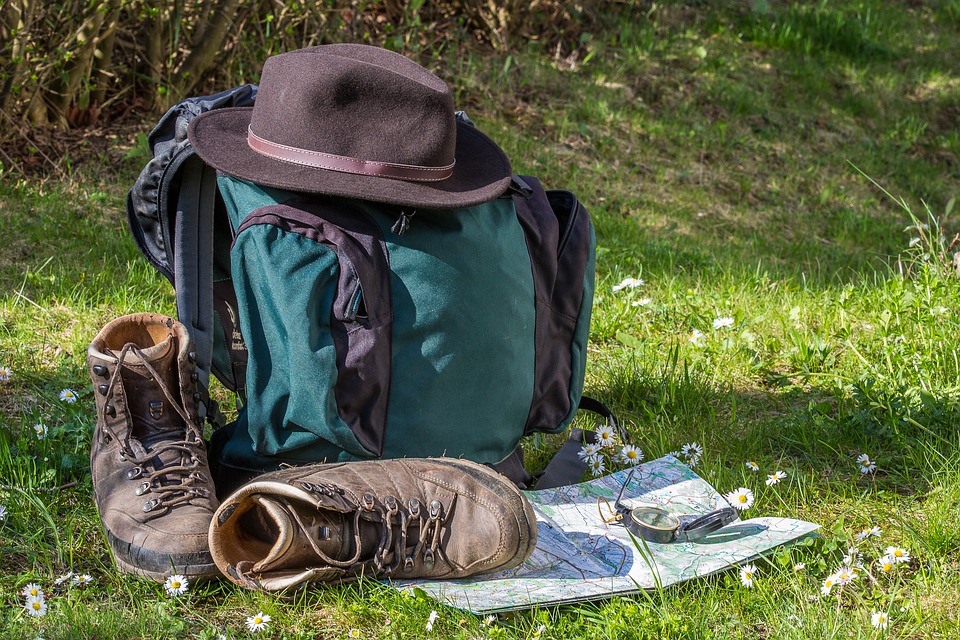 This is my first submission as a blogger, I would have done blogging sooner, but have just now realized that I actually have a lot of helpful hints about studying and living abroad, especially when it comes to the Cork experience.

I am from Memphis, TN originally, but since high school, I have lived in Wyoming, Singapore, North Carolina and now Cork, Ireland.  After all of this travel, I’ve learned a few things about the subject and hopefully a few tips that you can’t find on a Wikipedia page.

Anyways, I was working in Singapore for an urban planning firm and realized that I was asking my colleagues a lot of questions about our work.  Instead of constantly annoying them, I knew I needed to go back to school.  I didn’t want to stop travelling though.  I’d gotten used to a certain level of excitement in my life.  One guy I worked with was from Ireland and told me about the Urban Planning Masters at UCC in Cork.

There was always something so comforting about the thought of living in Ireland.  Whether that thought was the green, rolling hills, or the pints of stout in a dark pub by a fire, the Irish accent, the vibrant, red sunsets over the west coast cliffs, the studious universities or…It was mostly the Irish pub life, let’s be honest.  Either way, I researched the course, applied, interviewed and headed over to Cork. 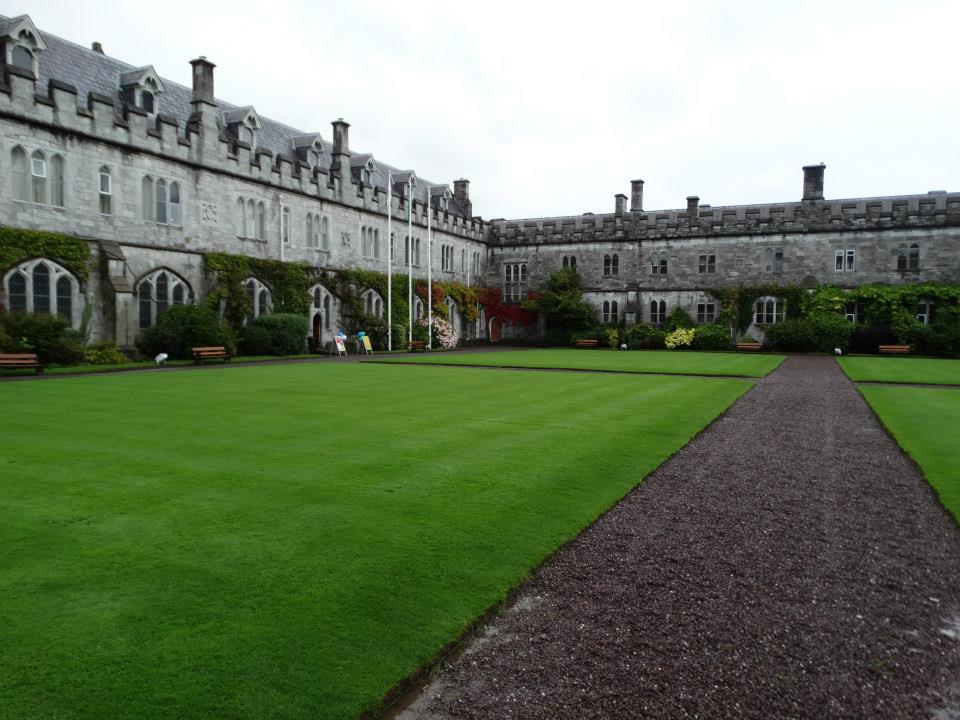 EDUCATION: IRELAND VS THE UNITED STATES

Obviously, the process wasn’t that simple.  Moving abroad is a major decision wherever you’re coming from.  It involves a lot of money, finding a place to live, visa issues, adapting to a new culture, leaving your family behind and in Cork, Ireland’s case, trying to understand that beautiful accent. Even the Irish education system was a new concept and I needed to adapt to it.

There were a lot of things to think about before coming over, so don’t think that you’re alone in this.  I had to contemplate whether the price difference was worth me coming here rather than staying in the states and if the education would recognize in the states if I decided to head back after I graduated.  There was also the subject of living costs and the currency exchange from the Dollar to the Euro.  I was freaking out, but then I realized that it was cheaper to move to Ireland and the education was great. So, why shouldn’t I move?  I kept coming back to this question and the only answer I kept coming to was…..the paperwork!!

International paperwork is the only thing that has made me question if I even know myself.  The bureaucrats ask for every detail about your life and don’t worry,  they’ll ask it dozens of times.  But in the end, paperwork is just paperwork. I promise a few more ink marks are worth the extra effort to experience a whole new culture. An experience that your local college can’t give you, no matter how many experts they’ve hired. 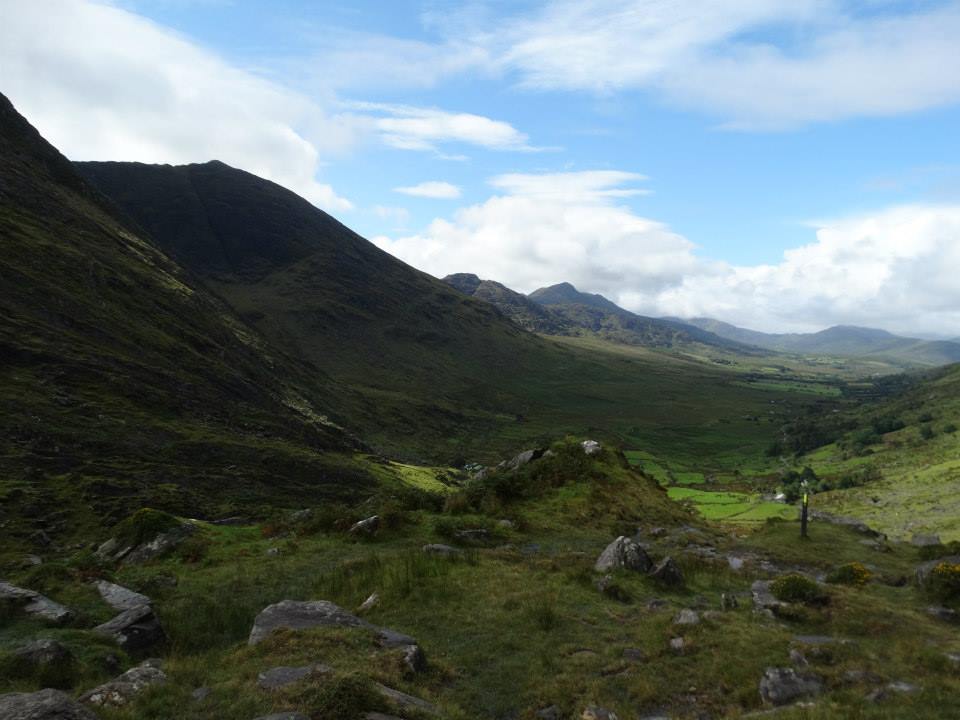 Along the Kerry Way Hiking Trail, looking down into the Glencar Valley.

YES, TRAVELLING IS THE BEST EDUCATION, BUT STUDYING HELPS! 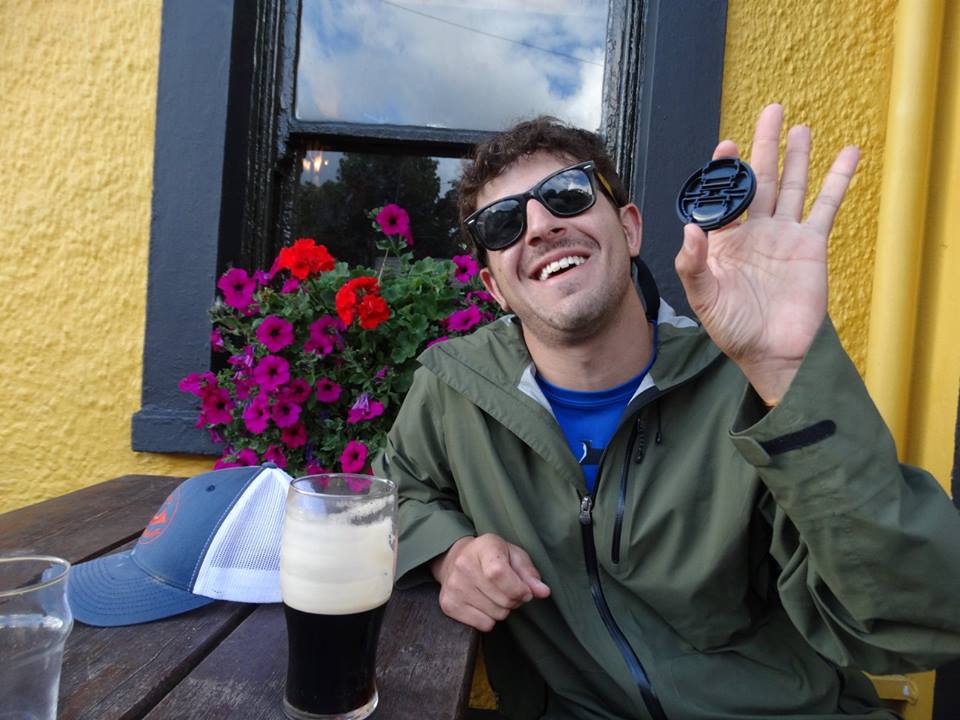 Enjoying a nice pint after a nice hill walk

Travelling and studying abroad has given me multiple lenses to look at life through.  I’ve learned to appreciate every culture for their good and bad traits, look at my passion’s with new philosophies, take life as it comes, and appreciate every day. Because studying abroad is a gift, no matter how hard you work for it and it’s something that should be taken advantage of, if not, then you’ve denied yourself something that’s truly priceless. If you don’t trust me, there are plenty other experienced travellers that will tell you the same thing, check them out for yourself.

Still though, you’re probably going to have to put in some effort that wouldn’t be necessary if you stayed at your local college, and that’s where I come in. After living in Cork for two years, going through two VISA processes, payment issues, accommodation scares and general confusion of moving to a new country, I have some advice to give you! So, please follow my posts and I’ll hopefully make the trip to Cork a bit smoother, but if you’re sailing over, then smooth is not an option.

Your guide into the great unknown of Irish education,
The Obvious American

Hello, I'm an American from Memphis, TN that has moved a lot since high school, but I've settled in Cork for the past 2 years. It's a great place to take a break and smell the rain in the morning, afternoon, evening, midnight....basically anytime, well because it's Ireland. I am currently a masters student at the University College Cork in the Planning and Sustainable Development Programme. Since my studies focus on urban areas, I know Cork pretty intimately. I also know the challenges of coming to a new country for your studies, and I'm here to help. So, follow my blog and I'll guide you across the pond, while also preparing you for the cultural change that might occur, and what a culture it is. Hope you enjoy it!!

Meet our Team! Sergio, the Branch Manager who loves to get lost in Nature.

Working in New York City. Know Before You Go!