Beatriz: My experience working abroad during the Covid-19
Visit Cork: top things to do
Co-living in Dublin: the new accommodation sharing trend
How to create the perfect CV & Cover...
Planning your trip to New York
A Travel Guide to Ireland’s Alternative Activities
How Study Abroad in Spain Inspired My Wanderlust
4 Apps You’ll Need to Survive a Year...
Top 4 Culture Shocks in moving to France.
The Best Ice Cream Places to Visit in...
Home #AdventureThatIsLife Stories Behind The Photos – Boston
#AdventureThatIsLifeExperiencesExploreInternLive AbroadWork 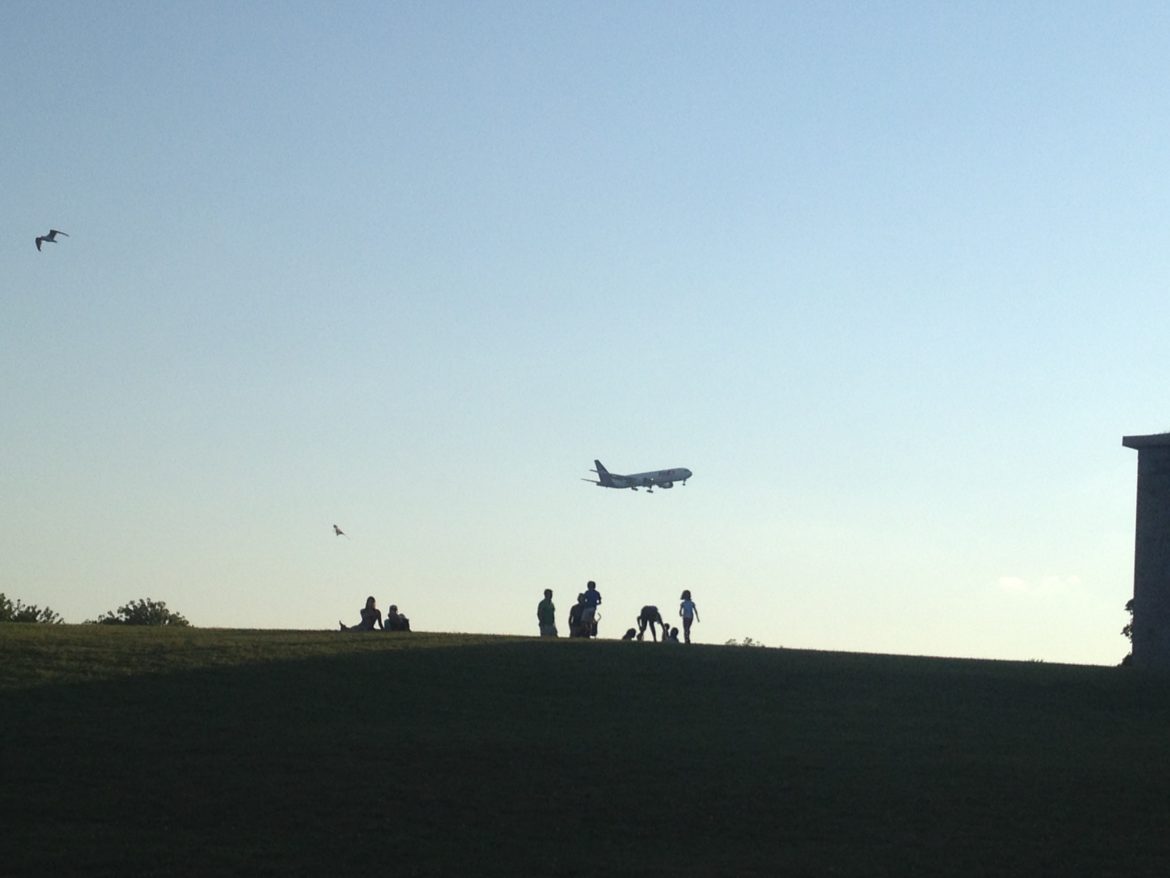 It’s why awards like the Pulitzer Prize are so highly regarded: powerful photos affect people in ways that words cannot describe.

I’ve taken well over 5,000 photos in the past three years or so, mainly because I’ve had some incredible experiences in that time.

In this edition, I’m going to take you through a city I’ve visited three years in a row, Boston. Here are the stories behind the photos. 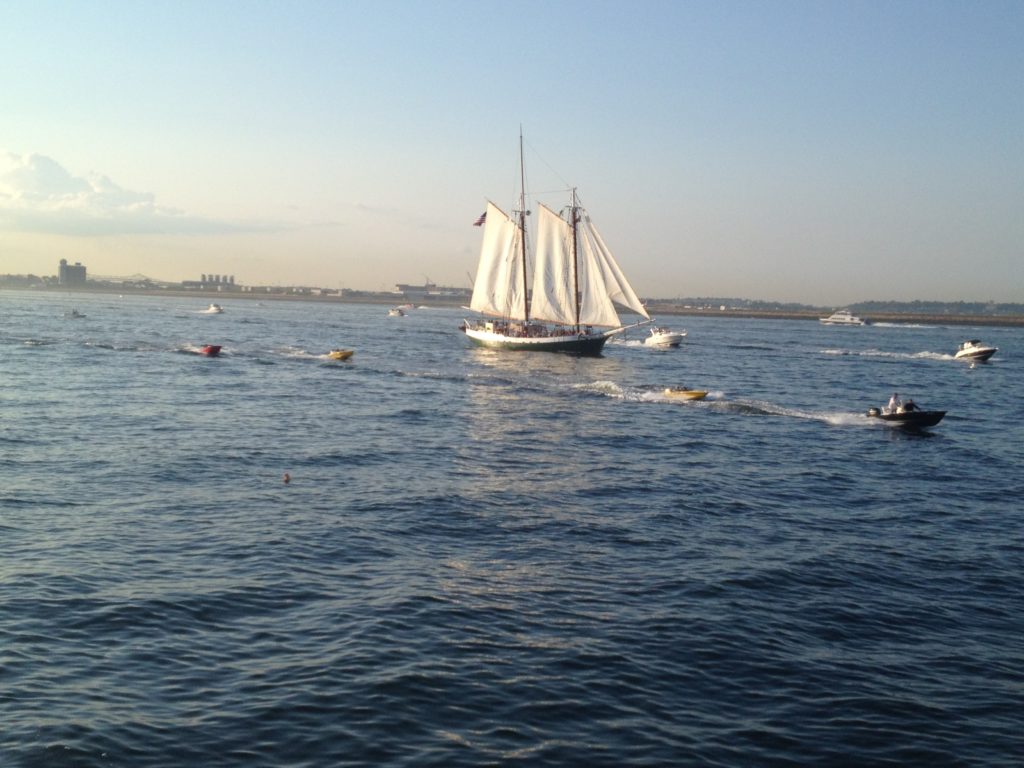 I was a bit of a history buff once upon a time, infatuated by everything from The Age of Exploration to the Roman Empire. Therefore, when I took the above photo during a trip to Castle Island in South Boston, I immediately thought of one thing: the Spanish Armada.

Of course, the Armada suffered the ignominy of total defeat. However, circumstances were entirely different here.

The beautiful summer weather in Boston allowed locals to venture out onto the water in their speedboats, and I thought that the symphony of speedboats surrounding an older boat looked pretty spectacular. 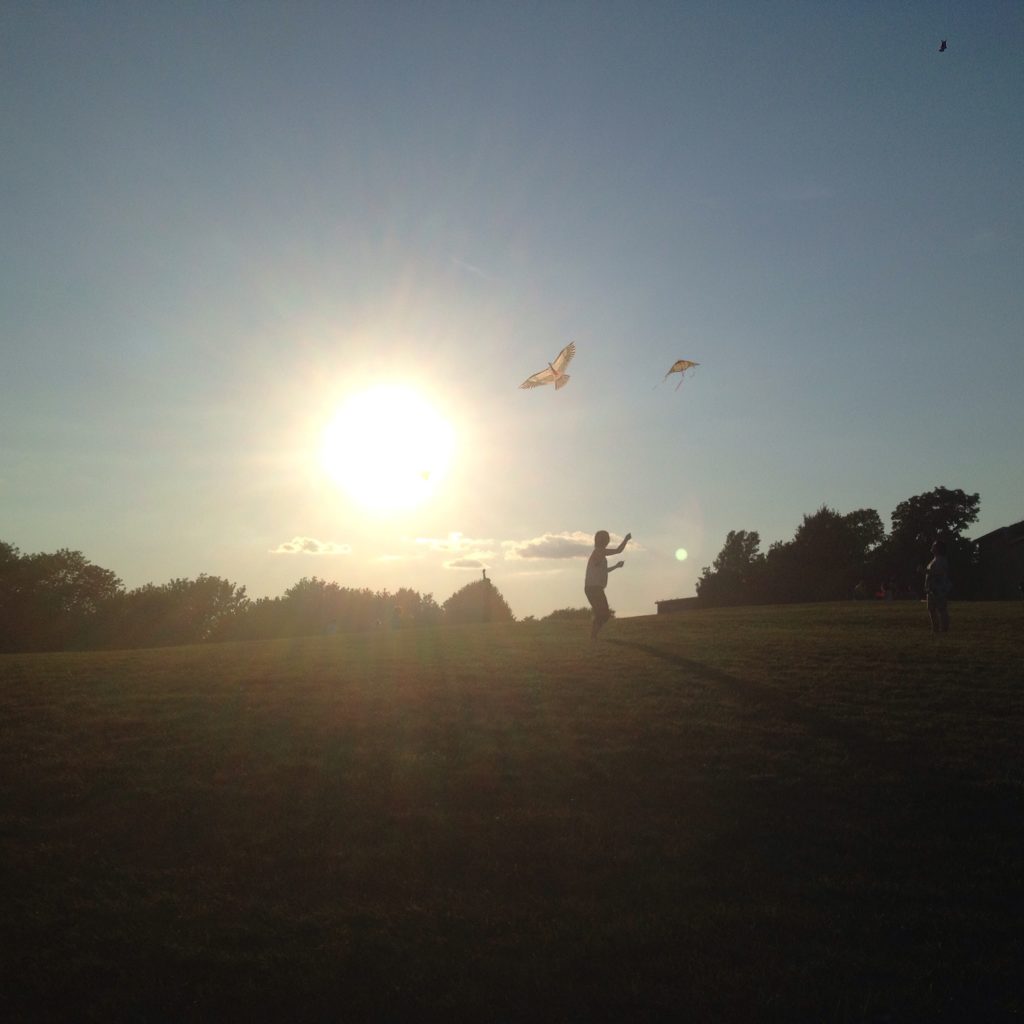 Again, a photo I took at a moment’s notice. I don’t know what it is, but there’s something magical about it. Maybe it’s the pure joy of summer, the silhouettes against the sun, or quite simply a stroke of very good fortune. 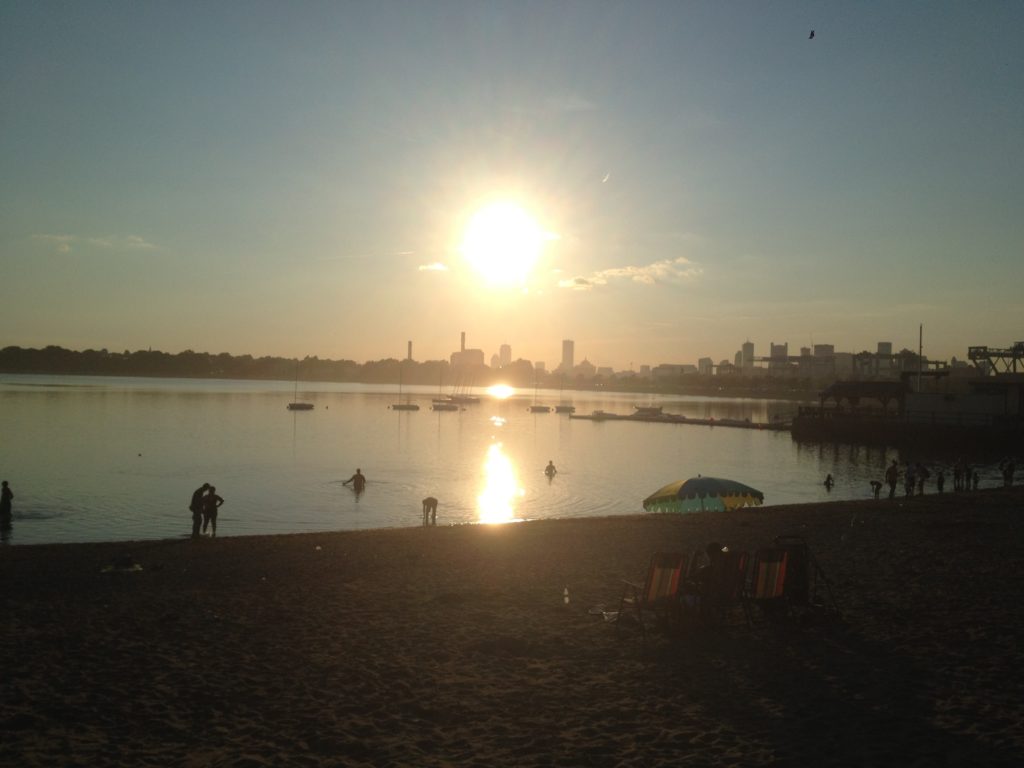 This was my first summer in the United States, a place whose culture we’re reared on through dreams and TV programs. While it is indeed coastal, I didn’t think that Boston could offer me a picture worthy of illustrating summertime in America. However, Castle Island is a place where everything looks glorious.

City buildings in the background and water caressed by the sun. Perfection. 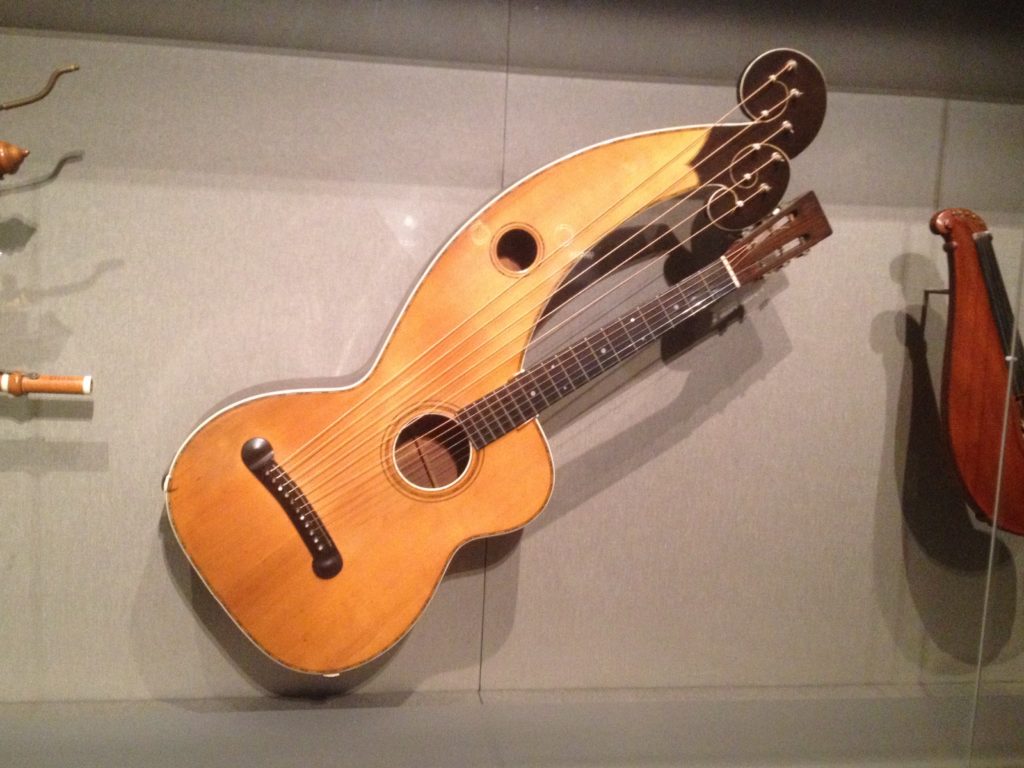 You can spend hours upon hours at the Museum of Fine Arts in Boston. An absolutely massive place, it holds a plethora of enthralling exhibitions, from Antiquity to contemporary art and everything in between.

However, its collection of musical instruments was especially interesting to me. The above instrument is a harp guitar. Not exactly something you could imagine Justin Bieber playing live! 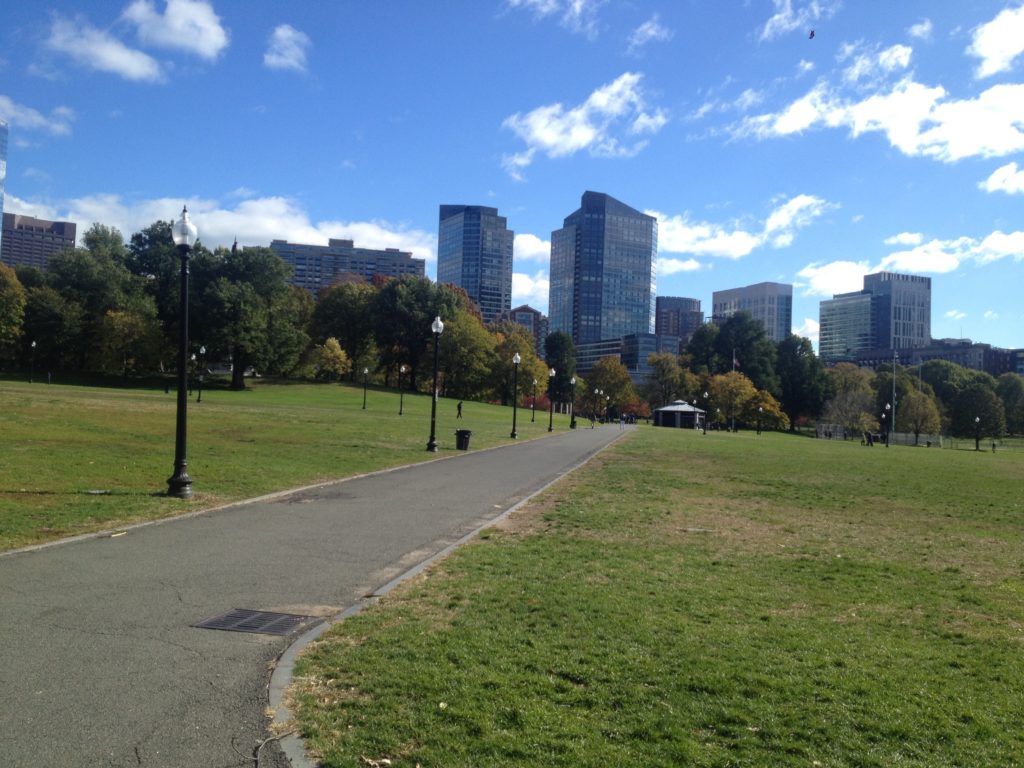 Boston Common. The first photo I took after embarking on the one-year graduate visa.

Only two weeks after graduation day, it marked the symbolic end of my college journey. However, it was to be the beginning of a new and remarkable journey. 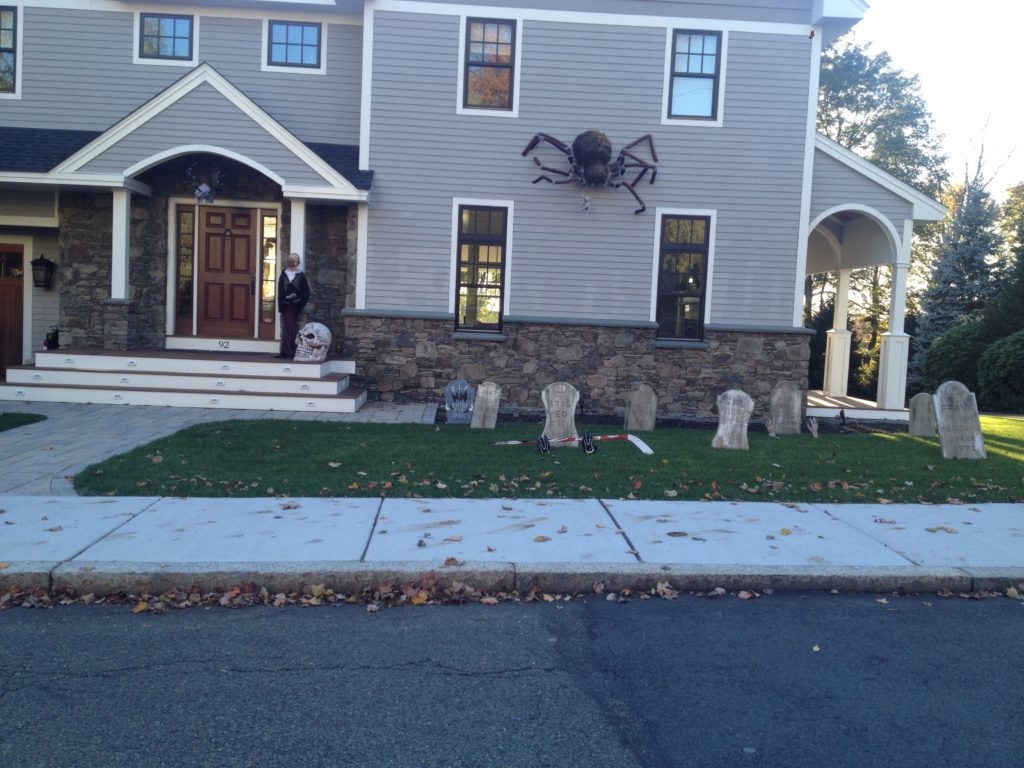 Halloween is a big deal in suburban Boston. This house was just one of many to be decked out with wacky and wonderful decorations. 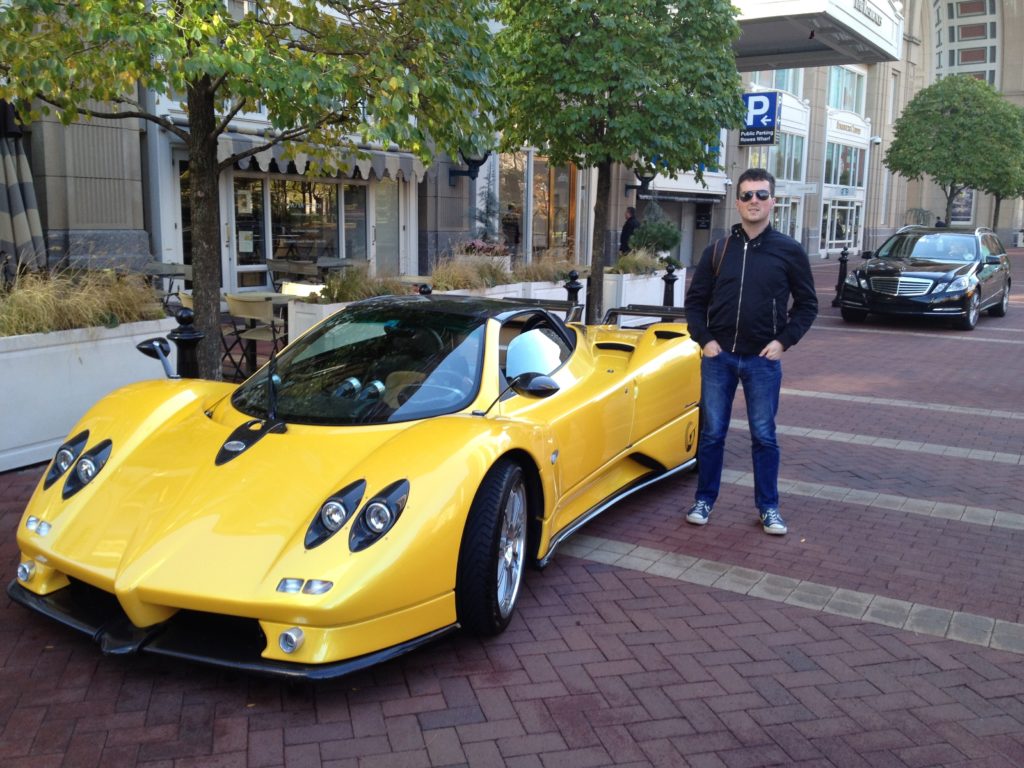 Oh to dream of a day when I can treat myself to a car like this! 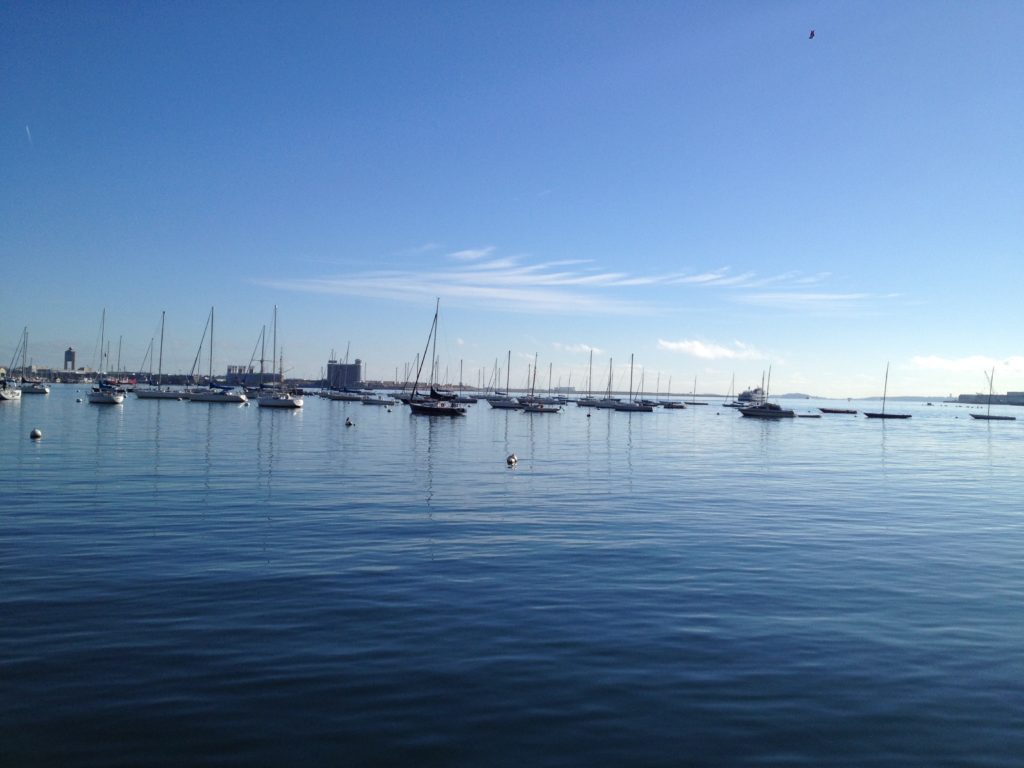 Believe it or not, I took this photo in early November. Yep, early November 2016 in Boston was surprisingly warm. I only had to wear one jacket!! 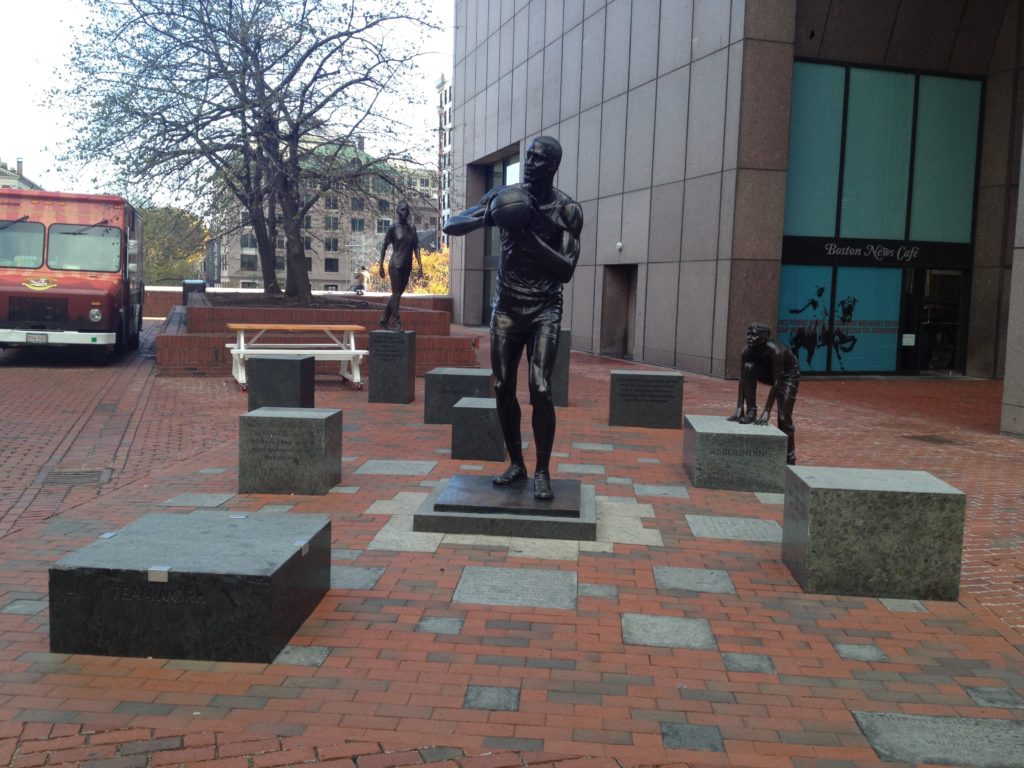 Most Boston Celtics fans would recognise this man. Bill Russell is one of the best NBA players in history, winning 11 titles in thirteen years and five MVP awards.

I’m not sure if this statue is to exact size, but if it is, god help anyone who played against him! 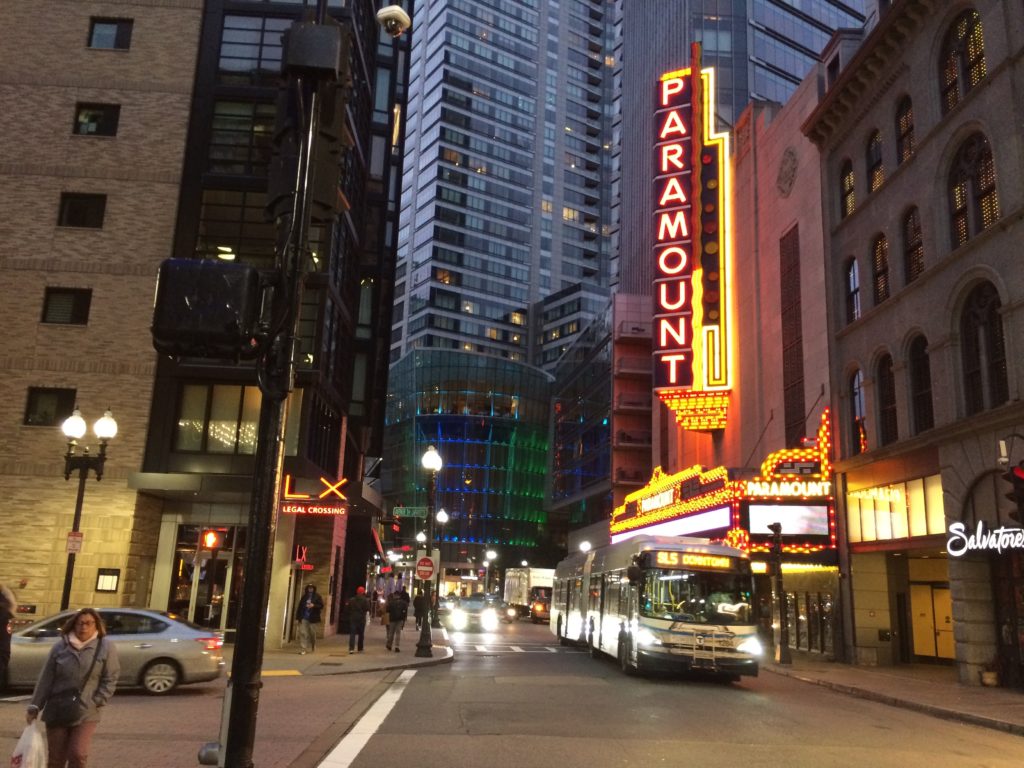 Taking things full circle, this shot of downtown Boston was one of the last photos I took before returning to Ireland.

After bidding an emotional farewell to New York, I stayed with cousins in Boston for a few days. Balancing work with some of the nicest food ever, I took a trip to the city on my second-last day.

As my cousins would say, Boston is a nice city.

I’ve been there on multiple occasions so I’ve seen much of what there is to see. However, I always love going back there. The trains to/from the city run with great regularity and the city itself is incredibly diverse and walkable.

Let’s see if I can make it there for a fourth year in a row.

Stories Behind The Photos – Valencia