Visit Cork: top things to do
Co-living in Dublin: the new accommodation sharing trend
How to create the perfect CV & Cover...
Planning your trip to New York
A Travel Guide to Ireland’s Alternative Activities
How Study Abroad in Spain Inspired My Wanderlust
4 Apps You’ll Need to Survive a Year...
Top 4 Culture Shocks in moving to France.
The Best Ice Cream Places to Visit in...
Travelling Ireland But Rеntіng A Car
Home #AdventureThatIsLife Being in NY won’t stop me from celebrating my Irishness on Paddy’s Day
#AdventureThatIsLifeExplore 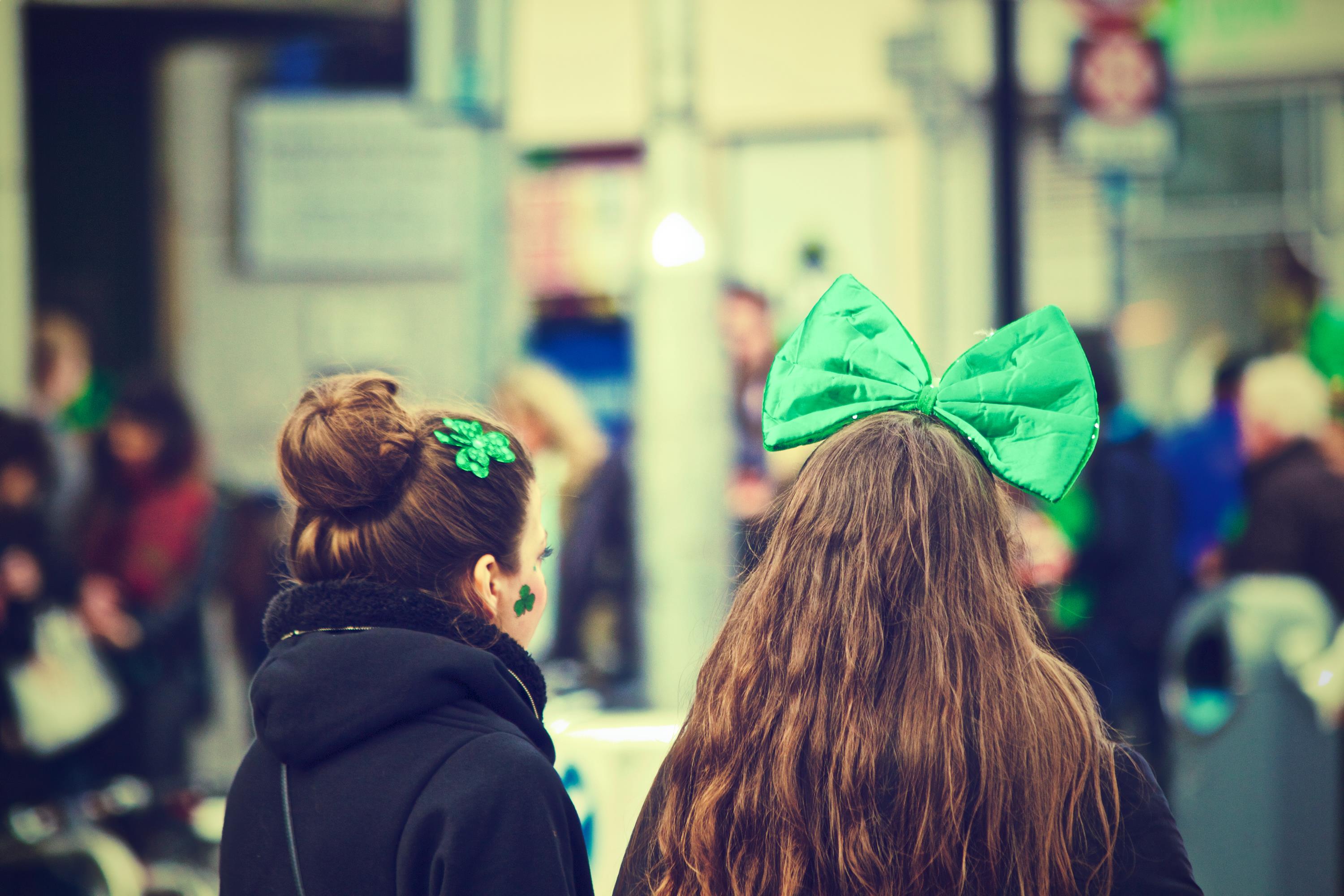 Ah, St. Patrick’s Day (or St. Paddy’s Day/St. Patty’s Day, depending on which side of the Atlantic you come from). As there is a certain romanticism associated with Ireland, many people are keen to find some trace of green in their blood. March 17th is a day when people the world over celebrate their own interpretation of Irishness. After all, as the rather genius marketing slogan goes, ‘everyone is Irish on St. Patrick’s Day’.

It is a day that has vastly outgrown everything it originally stood for. While parades have been held Stateside for a few centuries, religious connotations were the prime element of St. Patrick’s Day in Ireland. Only in 1970 was March 17th made an official public holiday, allowing pubs to open their doors to revellers.

Nowadays, St. Patrick’s Day is a totally different proposition. How has an originally religious day turned into one of the biggest parties of the year? It has taken on a life of its own, and no two countries display a greater contrast in celebrations than Ireland and the United States. As an Irishman from West Cork but now living and working in New York, I have a pretty unique perspective on St. Patrick’s Day. Also, my second name is Patrick, so that entitles me to talk about it, right?

Both from conversation with locals and my own knowledge, a few key differences have emerged between festivities in Ireland and the US. Luckily, I’m here to tell you all about them.

Who can possibly forget St. Patrick’s Day 2013, when significant cultural and world landmarks such as the Pyramids of Giza, Niagara Falls, and Christ the Redeemer went green as part of Tourism Ireland’s annual Global Greening initiative. I’m not sure what the general consensus is, but I thought that it was absolutely amazing to see such important landmarks play a part in festivities.

On a more conventional level, I think we are used to the St. Patrick’s Day propaganda of flamboyant hats, beards, shamrock suits and everything in between. I have been told by more than a few people in New York that, by not wearing anything green on St. Patrick’s Day, I will probably be easier to identify as Irish. Whatever gets attention eh?

I can’t imagine starting my St. Patrick’s Day with a cup of green coffee or having a green sandwich at lunchtime but for many Americans and Irish-Americans, that is the norm. Guinness will be served green, cakes will be served green — I’ve even been shown photos of stacked green pancakes with maple syrup and all. The majority of folks in Ireland would shrug their shoulders or shake their heads at such ideas, but it’s a huge part of the festive atmosphere of St. Patrick’s Day on this side of the Atlantic.

The colour green may be somewhat novel here, but in Ireland I think its greatest significance is in the world of sport. Whenever people want to support the boys in green, both in rugby and soccer, they get themselves kitted out in their finest green jerseys and scarves. In this instance, green is worn to show unity, but it is unity in the love of a team, not unity in celebration of a public holiday.

As Irish people, I think we wear green on St. Patrick’s Day because we kind of feel obligated to, but in the US I think people wear green because they want to — they want to be part of something greater than themselves, and I think that is to be admired.

I’m in the process of mentally preparing for a barrage of all green everything later this week, both in New York City and through widely-known landmarks such as the Chicago River, but I must say, I quite look forward to the novelty of grown-up leprechauns strolling alongside corporate businessmen as they roam the streets of Manhattan in celebration.

The corned beef and cabbage phenomenon
Food always plays a prominent role in major holidays — think of Thanksgiving and Super Bowl Sunday in the States, and Christmas around the world. St. Patrick’s Day is no exception; however, despite many favouring turkey as the centrepiece of holiday meals, we mix it up a bit for St. Patrick’s Day.

I’m personally not a fan (shocking I know), but bacon and cabbage seem to be a staple meal in Irish households on March 17th. It’s apparently delicious, relatively easy to prepare, and can feed a small army if enough is cooked. However, interesting developments on this side of the Atlantic have led to corned beef and cabbage becoming a staple of American and Irish-American households for decades.

This was a classic case of immigrants adapting to their new surroundings — early Irish immigrants arriving in New York found their much-loved bacon to be rather expensive but corned beef was more affordable. Combined with a hearty vegetable like cabbage, you suddenly had a nutritious and price-friendly meal. Thus, the corned beef and cabbage phenomenon was born.

I don’t think this meal will fall out of favour anytime soon either — estimates suggest there is a 70 percent increase in cabbage shipments during the week of St. Patrick’s Day.

Another St. Patrick’s Day food phenomenon that has been brought to my attention since moving to New York is the American interpretation of Irish soda bread. This particular version has sweetened things up a bit compared to the delicious bread I’m used to, adding eggs and butter into the mix. Irish people have a massive habit of longing for foods from home and, I must say, I miss proper brown soda bread a great deal. It is perfection.

I think the central role of food in St. Patrick’s Day highlights the important family element of the day, sitting around together while feasting on corned beef and cabbage, bacon and cabbage or, in my case, virtually anything else. Much like the colour green, food can be interpreted in different ways to suit each family’s vision of Irishness.

The scale of festivities
I guess the biggest difference between March 17th in Ireland and in the United States is the sheer scale of it all. Whilst Ireland has a population of under 5 million people, over half of Americans (125 million or so) celebrated St. Patrick’s Day in 2016, spending an astonishing figure of around $4.4 billion dollars in the process.

I could only ever dream of such figures growing up — my particular area of West Cork has about 1,000 people, while the only local parade on March 17th is a small affair in the village of Courtmacsherry. This year, however, I just so happen to be in the city with the largest St. Patrick’s Day parade in the world. 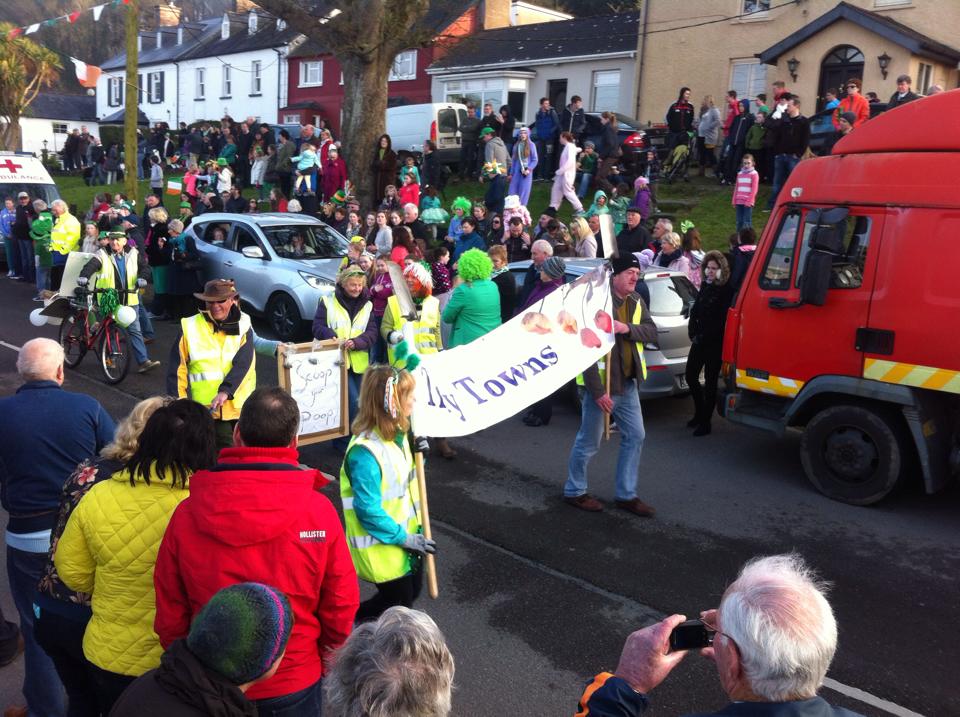 When I studied abroad in Alicante, Spain for the 2014/15 academic year, we made a big deal of St. Patrick’s Day, mainly because we were abroad and the locals saw us as ‘the Irish guys’ who’d definitely appreciate some celebrations. That particular euphoria was a one-off compared to how we normally mark the occasion in Ireland.

However, I’ve been told by locals in New York that it’s not unusual for people to catch trains from New Jersey into Manhattan as early as 9am in order to kick off the festivities. The large party element of St. Patrick’s Day has never truly taken hold in many parts of Ireland but it is front and centre of events Stateside. I think this is evidenced by some astonishing facts I read about recently which involve events of March 17th becoming wildly profitable for an unexpected profession.

Data from 2008 to 2015 suggests that March 18th, the day after St. Patrick’s, sees a 77 percent rise in emergency visits to the dentist. One might not immediately think of dentists as clear winners from St. Patrick’s Day but, when you consider the number of Americans who really celebrate the occasion, it really isn’t too shocking. 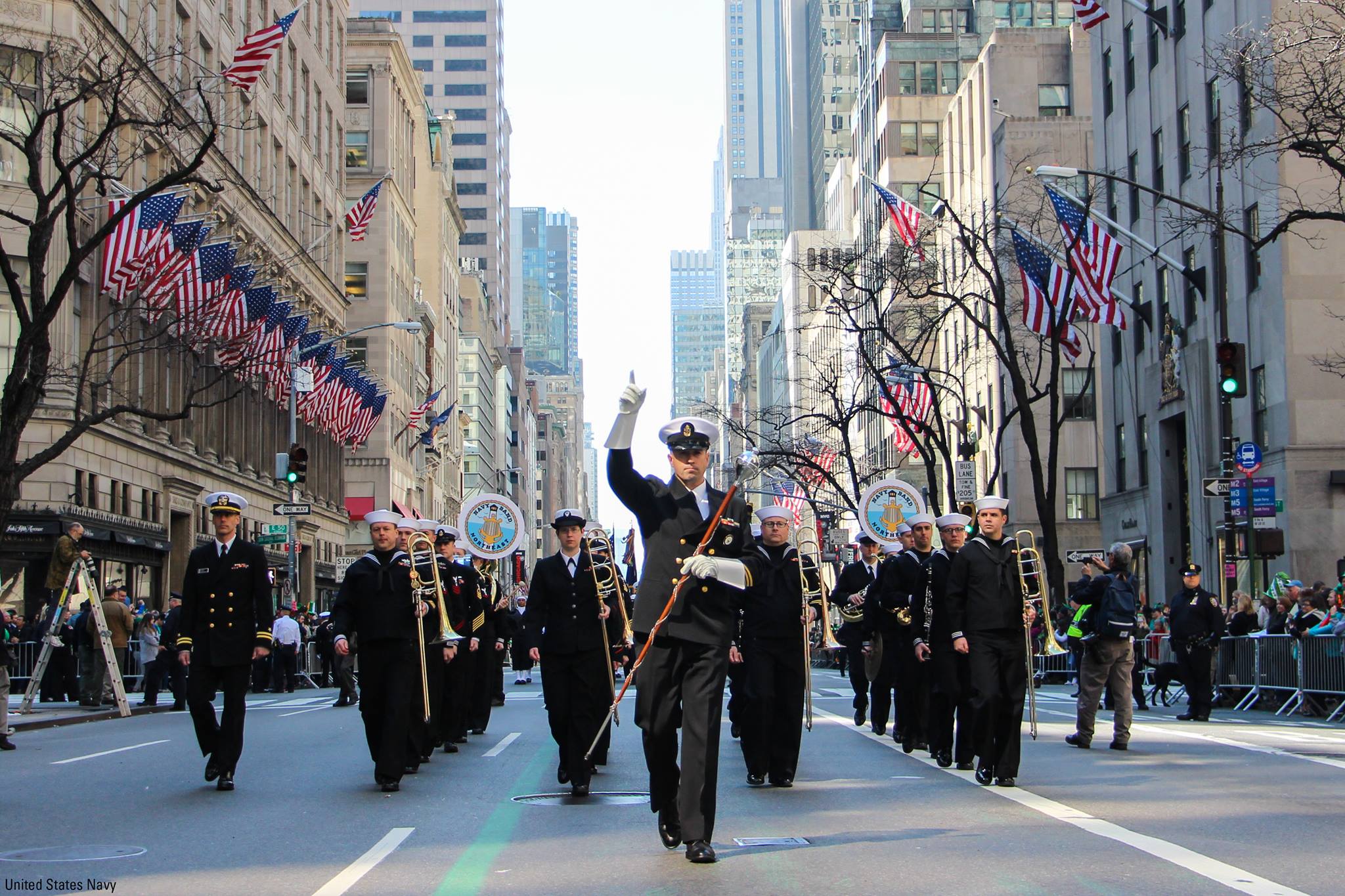 To add a New York element to it, there is enough Guinness (13 million pints) consumed around the world on March 17th to fill 60 percent of the Empire State Building. I think that sums up the modern-day party culture of St. Patrick’s Day in a nutshell.

An evolving St. Patrick’s Day
As a holiday with a religious origin, it is staggering to see what St. Patrick’s Day has become. Outside of the major cities, it really isn’t celebrated a massive amount in Ireland. However, in the States, you can find sizeable parades in cities across the country, none bigger than that which I will hopefully catch a part of this week.

I think what makes St. Patrick’s Day special is not its sheer celebration of everyone’s bit of Irishness; it’s who you spend the day with. St. Patrick’s Day 2015 is the best I have experienced only because of the friends I shared the day and night with.

As for my own plans, I will be working on St Patrick’s Day 2017 (don’t feel bad for me). However, as it’s on a Friday, I can only imagine how excitable a city New York will be on this particular weekend. It’s going to be amazing to see Manhattan go green.

Over the years, Ireland as a country has become more cosmopolitan and diverse. I think that also rings true in St. Patrick’s Day, a day of small beginnings that is now only limited by the sky.

Meet our Team! Eric, the Marketing Assistant who wants to travel around the world.

The “cultural shock”! First things you notice when you travel in the USA