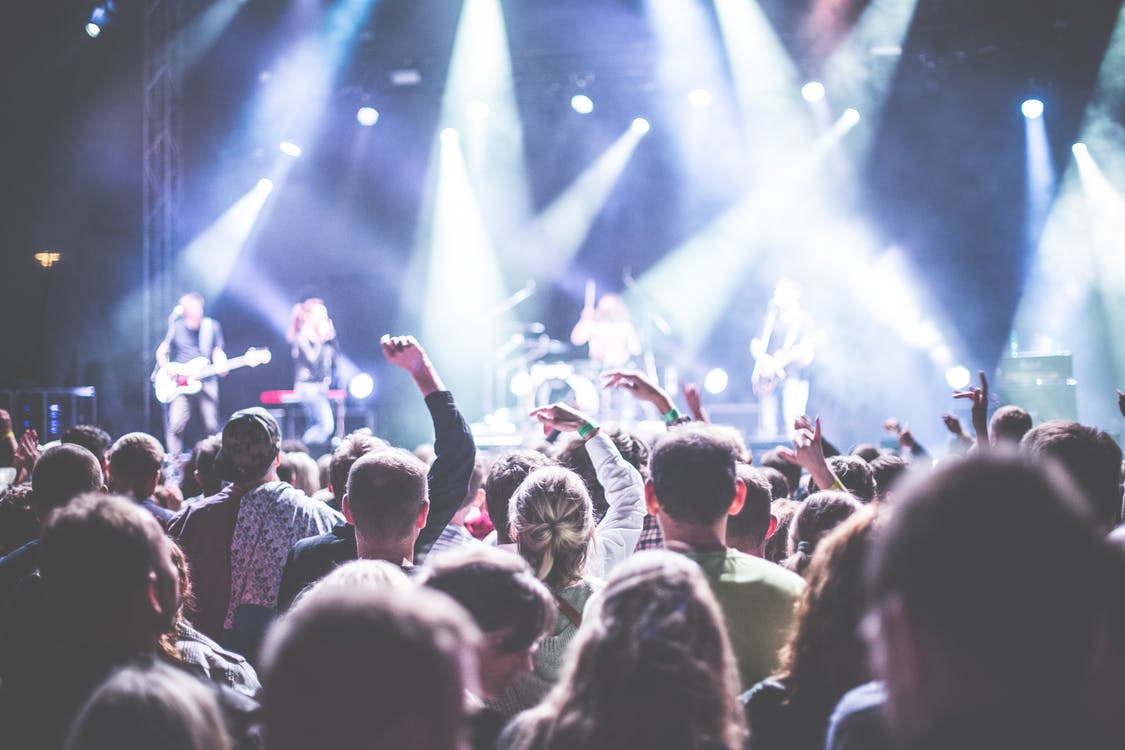 Welcome to the third part of a series on my 2014/15 study abroad year in Alicante, Spain. As you may have (hopefully) read in my last post, I talked about my experience of organising language courses for my Erasmus life in Alicante. In this post, I am switching my focus to an entirely different (and more exciting) aspect of study abroad – social life.

To say the very least, we enjoyed an active social life in Alicante. Almost every night of the week could be a party if you wanted it to be. Many of these nights out are easily among the best of my life.

Understandably, many nights out from Alicante could be classified as organised chaos – It’s pretty much impossible to discuss Alicante social life with a specific pattern in mind. Therefore, I’m taking a slightly different approach.

I’ll guide you through a typical Alicante night out in four stages:

. The starter is a place where you could go for food to kick things off
. The main course is a bar you could frequent for a few hours
. The dessert is a late-night bar or club where you could party until dawn
. Finally, the day after is a place for sensitive heads to congregate for ‘the cure’ after a long night
Because what’s more organised than a meal, eh? Let’s get this show on the road.

STARTER
Usually, we would begin a night out by enjoying a pre-game at one of the various student apartments in Alicante. These were great for building excitement for the night ahead and getting to know people. However, for the purposes of this article, I’ll look at it from a different viewpoint. This viewpoint is the one we would adopt if we felt like really treating ourselves.

There is one aspect of Spanish social culture I miss more than the rest – tapas y cañas. One of our favourite places, adjacent to Mercado Central, has unfortunately since closed.

However, one place that I remember very well is D’tablas. I spent many a night devouring tapas y cañas here. Each tapa is 90 cent and each caña is 60 cent, adding up to an inexpensive meal and few drinks. Nothing compares to the authentic nature of the tapas y cañas in Spain.

Moving towards more expensive options, there are two places in particular that stood out to me. My first time going to La Mary was when my sisters came to Alicante for a week to celebrate my 21st birthday. 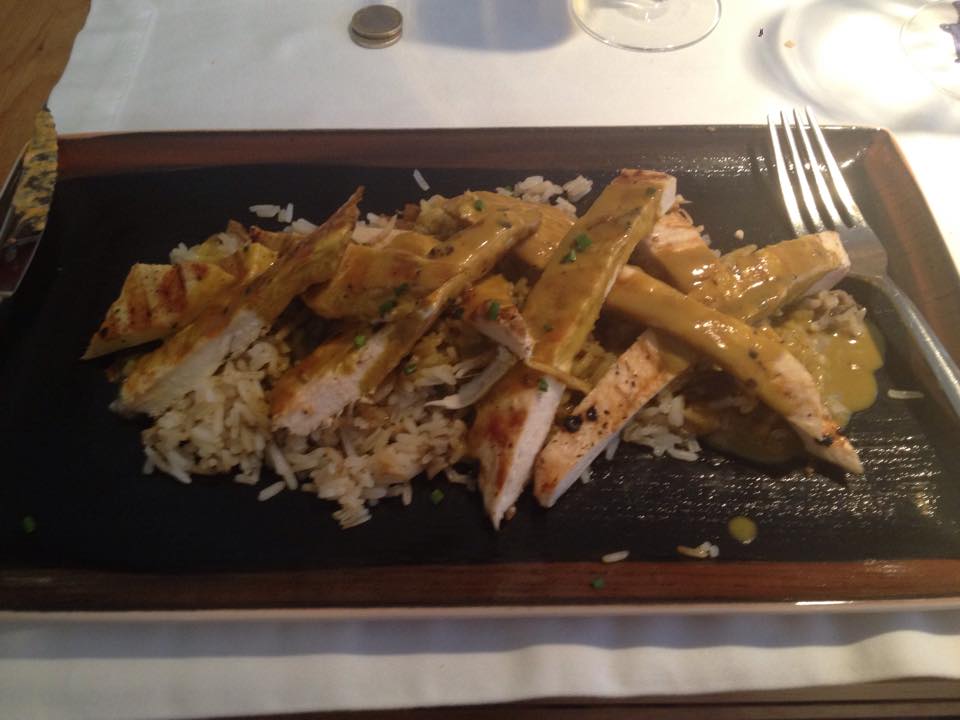 Here’s the dish I ordered 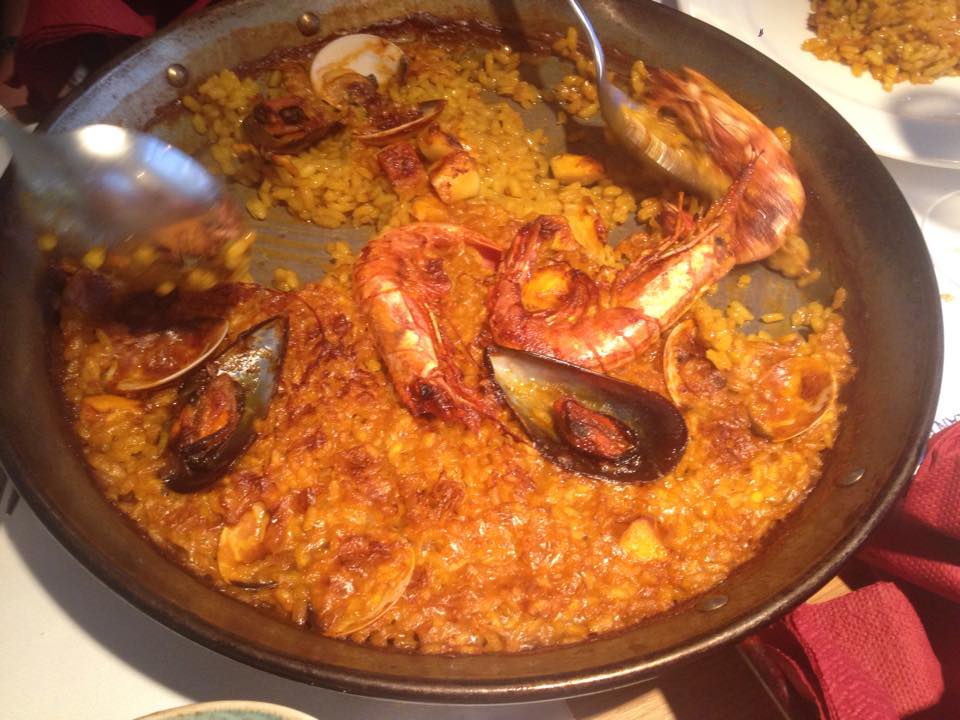 The paella dish my sisters ordered

Other than the top quality food, I also recommend their cava, a sparkling wine produced in Spain. Following my initial trip with family, I came back to La Mary a few times during the year. However, these were mainly big social occasions such as going away parties or birthdays.

My final recommendation, New Delhi, was also my going away meal. I suggested it for two main reasons. Number one, I really like Indian food. Number two, they’re very good at Indian food. However, I did make the mistake of ordering a curry al picante, a.k.a it burned the mouth off me. Lots of water was consumed.

I did avail of delivery to my apartment a few times for big sports games. However, much like La Mary, this is a place you would go to mainly for special occasions.

MAIN COURSE
So you’ve had your food and possibly a few light beverages. Spirits are high and excitement is building. What’s the natural next step? A quality bar. Luckily, Alicante has lots of these. But there are two in particular that we went to more than the rest. The first, Austin, is in the heart of El Barrio. If you like sports, especially soccer, then this is the destination for you.

My second bar is easily the one we frequented the most. This could actually overlap as dessert because it stays open until 4 am or so. Carpe Diem is also in El Barrio, and became a regular haunt early in our year abroad. From nationality-themed parties to cheesy 90s music and the best St. Patrick’s Day I’ve ever had. The time spent at Carpe Diem left us very much looking forward to dessert.

DESSERT
As I mentioned above, some nights out actually finished at Carpe Diem. However, many others finished up at two places in particular. John Mulligans is a short stroll from Mercado Central and was actually part of our route home from El Barrio. It was pretty much always busy, hosting regular beer pong tournaments and playing great music. One of our very first Alicante nights out was spent here, and it set the tone for a number of other memorable nights.

The other option for dessert is at the more expensive end of the spectrum but is a fantastic club. Kraken is located in the Puerto de Alicante, literally right by the sea. By signing up for guest list on Facebook, one could avoid paying entry many nights. Inside the club, some drinks were a bit pricey. However, it was an amazing club to finish the night. Very good music, mainly dance, is played all the way until dawn.

THE DAY AFTER
You wake up the next day and something feels a bit off. Maybe your mind is playing tricks on you. That’s a distinct possibility. But nope. You’re suffering from ‘The Fear’ (one of my favourite Irish slang terms). You need a pick-me-up. Something. Anything. Preferably comfort food that will ensure you no longer fear The Fear. Luckily, Alicante has got you covered.

One can find the usual fast food places such as McDonald’s, Burger King, and KFC (a personal favourite in Alicante). But there are plenty of local places that always served us well no matter what the requirement (usually The Fear).

100 Montaditos is located on La Rambla, right by El Barrio. This is the place to go if looking for cheap eats and drinks. It’s like a tapas place except for the fact that it’s rather large and has a more expansive menu.

There’s also something to help you cool down on a typically hot Mediterranean day. YOYO Frozen Yogurt can be found on the Explanada, a short stroll from Playa del Postiguet (our main beach). Its location made it a prime pit stop on the way back from the beach. The range of possible combinations here is vast.

I think my suggestions would cover pretty much any and all personifications of The Fear. Tapas from D’tablas would also be a good option for the day after. However, that can escalate quickly into another night out (let’s not go there)…

SOME WORDS OF WISDOM
In my not-so-humble opinion, the options I’ve suggested represent the best of both worlds – options for treat-yourself nights, options for frugal nights, and everything in between.

Despite being in the midst of New York’s impressive nightlife, I still miss Alicante social life. There was an electricity about the place. I think it came from the presence of so many students. People enjoying the freedom of living abroad for the first time. Seeing new parts of the world. Making friends from many parts of the world. There was a resultant buzz that I still find hard to put into words.

Alicante was full of surprises. Just when you thought one night was your best ever, the following night would surpass it. It kept us on the edge of our seats and then some.

Top 3 Volunteering Programs. What’s the Trend? Where Shall I Go?