Visit Cork: top things to do
Co-living in Dublin: the new accommodation sharing trend
How to create the perfect CV & Cover...
Planning your trip to New York
A Travel Guide to Ireland’s Alternative Activities
How Study Abroad in Spain Inspired My Wanderlust
4 Apps You’ll Need to Survive a Year...
Top 4 Culture Shocks in moving to France.
The Best Ice Cream Places to Visit in...
Travelling Ireland But Rеntіng A Car
Home #AdventureThatIsLife A Corkman’s Weekend in Washington D.C. — What to do in America’s Capital
#AdventureThatIsLifeExploreTipsWork

A Corkman’s Weekend in Washington D.C. — What to do in America’s Capital 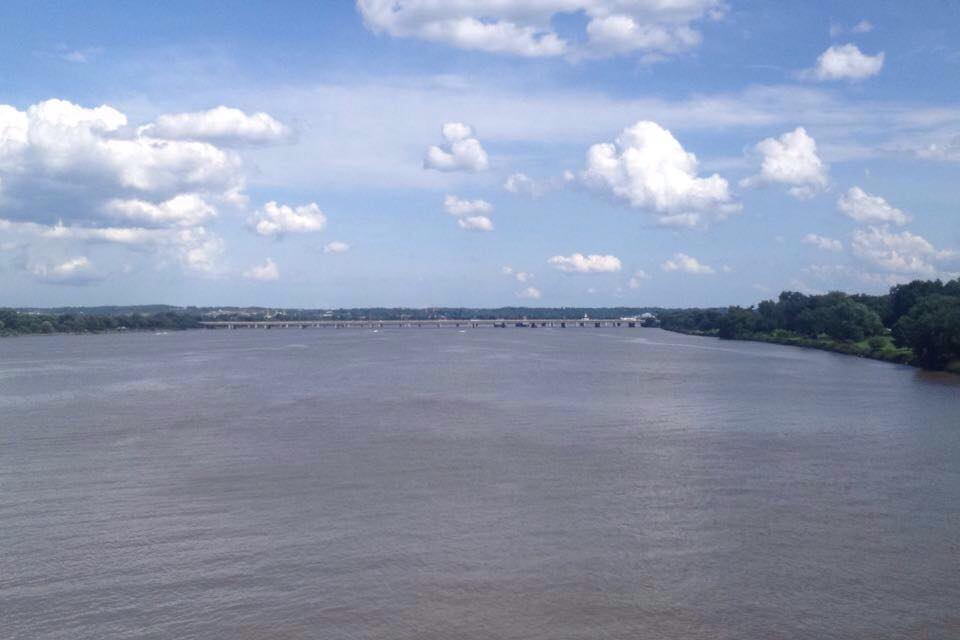 Our Nation’s Capital. A place that many of us have seen feature prominently in TV programs like House of Cards and The West Wing. Washington D.C. brings a sense of grandeur, a feeling of something powerful and historic. That’s what drew me there for a touristy weekend.

Consider this: since spending Christmas in Boston, I had not left New York. I had only been off the island of Manhattan four times. And they were just a couple hours in Brooklyn and New Jersey.

For someone that’s adjusting to the NYC pace of life, things can get a bit mentally draining sometimes. A break from the city can be just what your mind needs.

So at three days’ notice, I booked return bus tickets and three nights at a cheap hostel for a grand total $150. This was an absolute steal. Delighted with life, I set off on Saturday morning.

Due to traffic delays, I didn’t arrive until late afternoon. After quickly checking in and dropping my stuff, I went for a bite to eat at The Passenger, before enjoying some of the best cold brew coffee imaginable at Compass Coffee.

As it was fairly late in the day, I didn’t do any sightseeing in particular. After befriending a few folks at the hostel, we decided to head out for the night in Adams Morgan, a D.C. neighbourhood that caters to millennials and hipsters equally perfectly. I spent each night of my weekend here, so understandably I have lots of recommendations.

For food and drinks:

There’s so much more to this small neighbourhood too, so it’s well worth multiple visits.

Understandably shook after the first night, I got up surprisingly early on Sunday and immediately set about finding a brunch place, a.k.a the cure. This came in the form of Teaism Penn Quarter, where I got some simply sensational French toast.

After some further strolling, I went to see the annual Rolling Thunder motorcycle rally, where bikers come from across the States to ride down Constitution Avenue as part of their mission to bring full accountability for prisoners of war (POWs) and missing in action (MIA) service members of all U.S. wars. I’ve never felt so much freedom and patriotism in all my life. 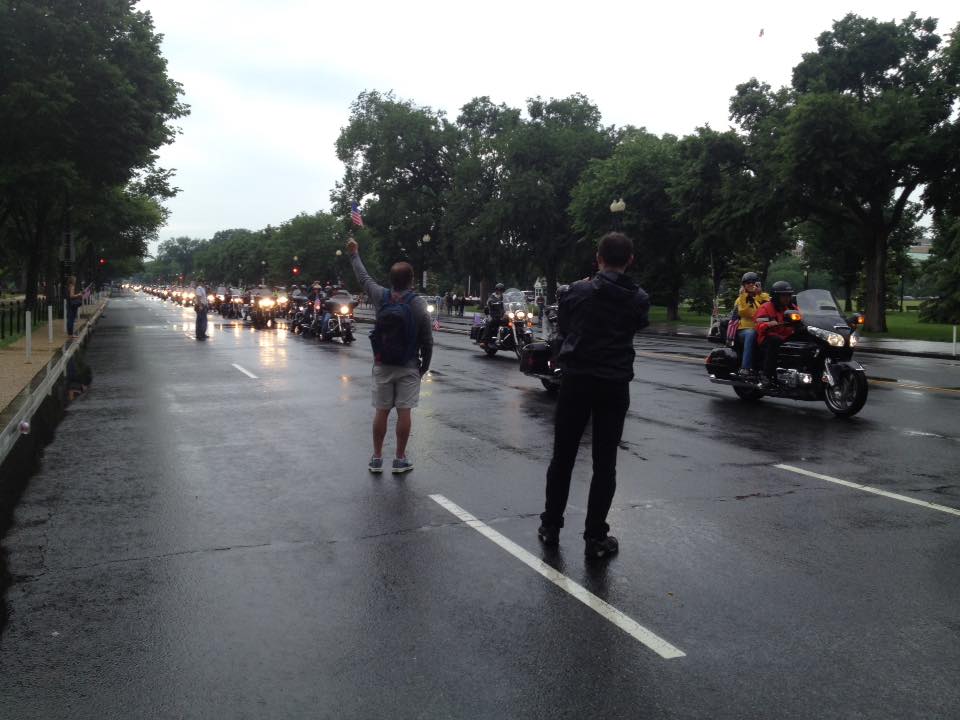 The National Mall is a vast expanse of land containing some of the nation’s finest monuments and museums. Just one piece of advice: don’t wear Converse like I did because you’ll be doing lots of walking!

My third day in D.C., Memorial Day, is when I really got lots of things done. Early morning, after another coffee from Compass Coffee, I started at the Newseum. Essentially an interactive museum of all things journalism, news and media, it is one of the best museums I’ve been to. I think I spent over three hours there. This would have been longer if I had more time. 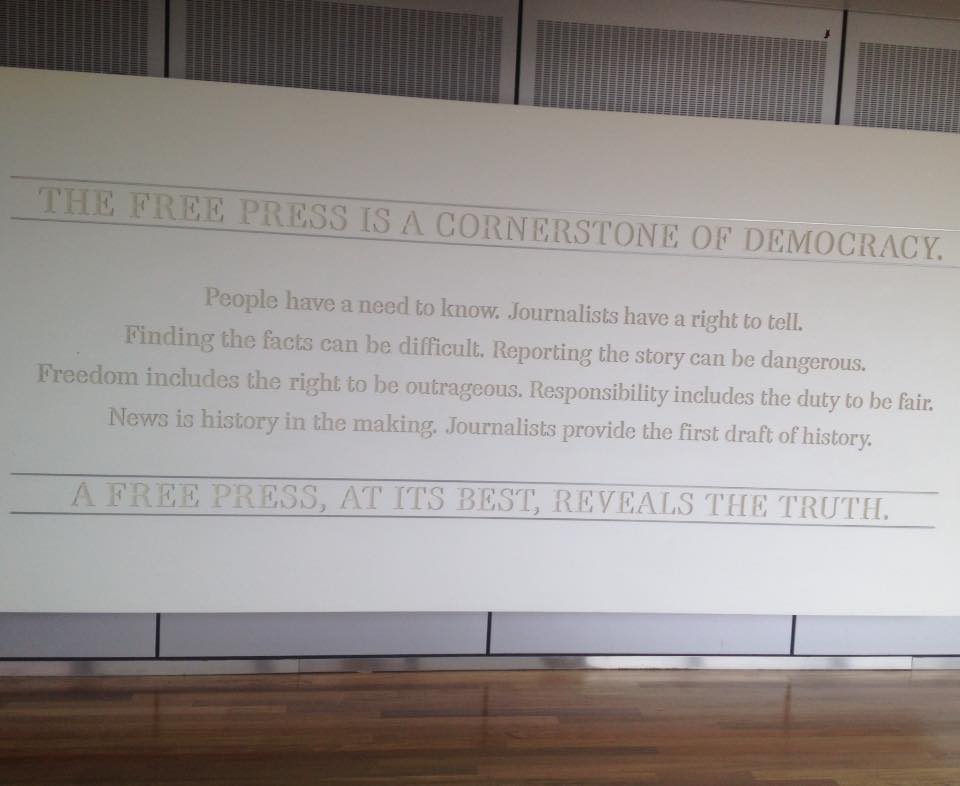 After a quick salad at the Newseum restaurant, I set about walking to the very top of the National Mall. Passing countless monuments, I finally reached the Abraham Lincoln Memorial. 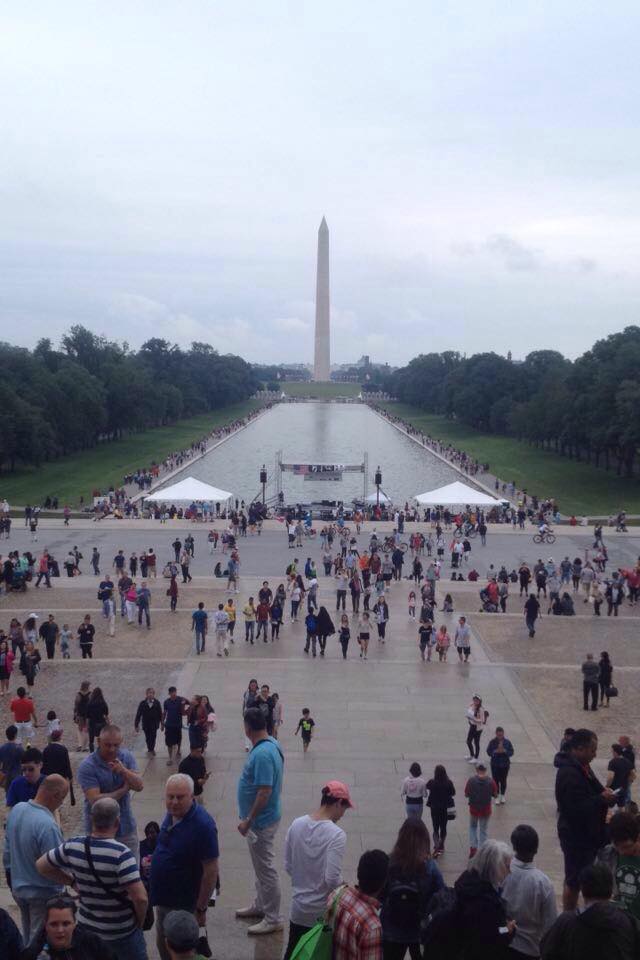 View from the Lincoln Memorial

After enjoying a view often associated with the March on Washington, I took the half-hour stroll across the Arlington Memorial Bridge to visit Arlington National Cemetery in Virginia. An absolutely massive place, prominent landmarks there include the Kennedy Family Gravesite and The Tomb of the Unknown Soldier. 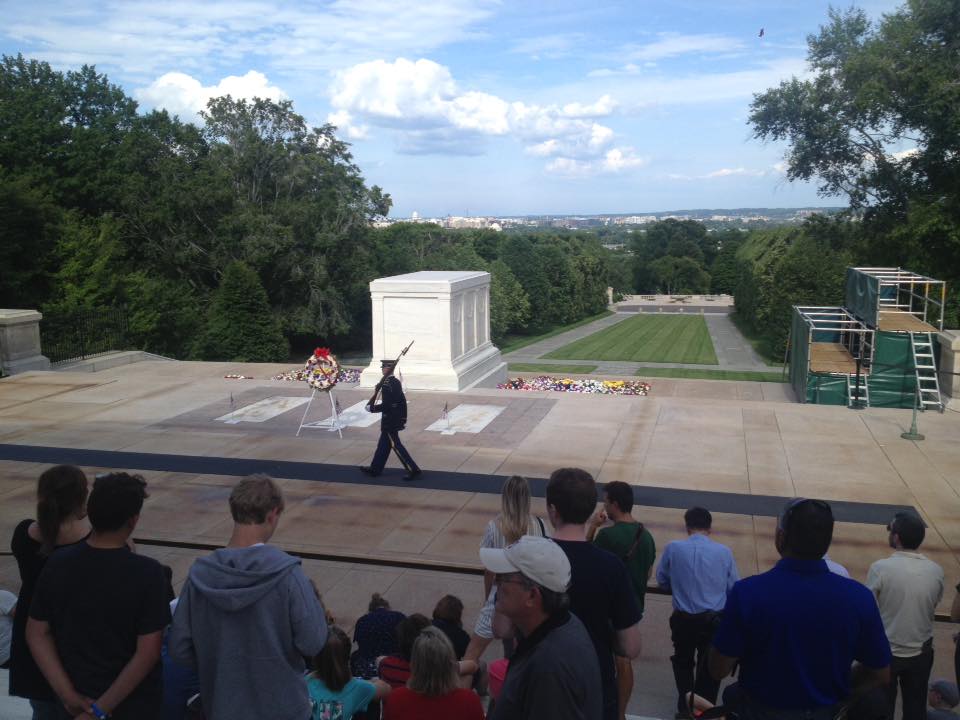 The Tomb of the Unknown Soldier

Wrecked from a long day in the exhausting heat, I retreated to the hostel before going for a few drinks in Adams Morgan. My final night in D.C. was at an end, but there was one morning left.

Before catching my 2pm bus on the Tuesday, there was one building I had yet to visit. Nope, I’m not talking about the White House (I saw it but there’s too much fencing and trees to get a decent look). I’m talking about the U.S. Capitol.

Note: the couple taking a selfie in the below photo then asked me to take a photo of them. I hope I created a good memory for them! 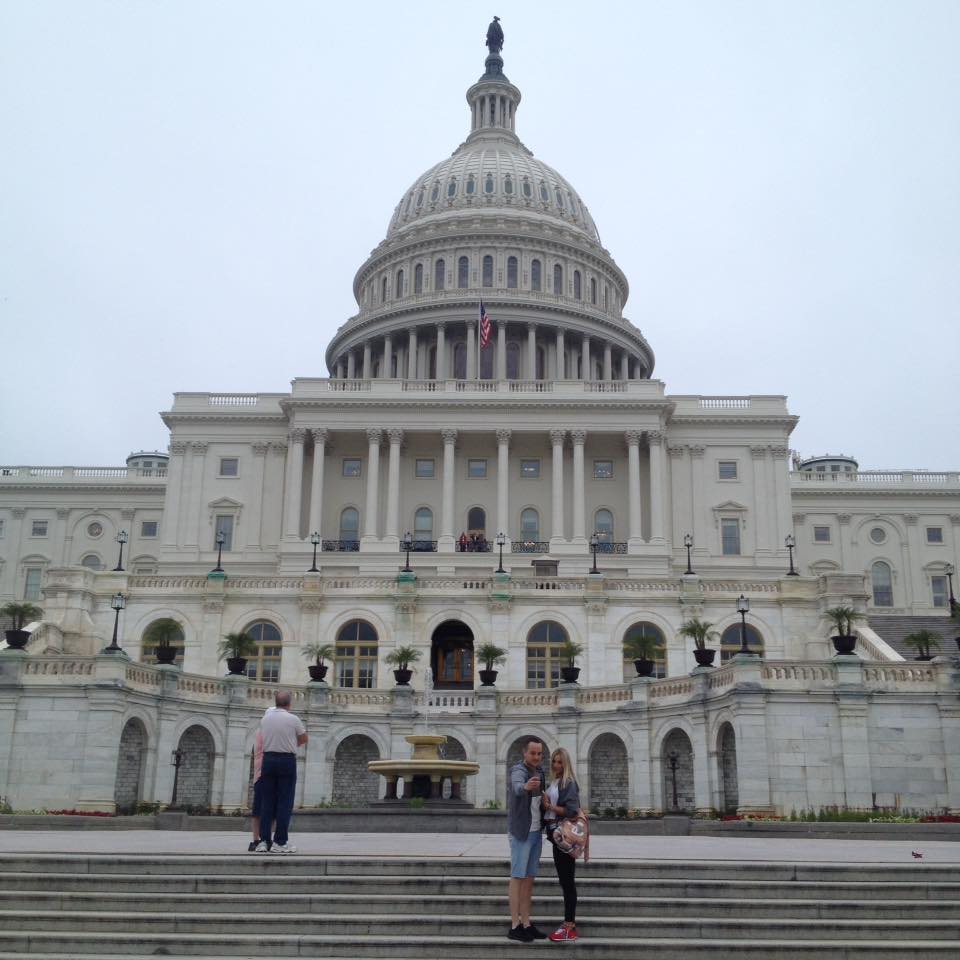 Thereafter, I returned to the hostel before setting off to Union Station to catch the bus to NY.

Overall, D.C. was great. Lots to see, lots to do, vibrant areas and overall sensational weather. It was a much-needed break from New York and, upon return, I had a newfound appreciation of the city I currently call home.

I’ll definitely return to D.C. at some point in the future. In a city of such history, one visit was never going to be enough.

If you’d like to check out the range of photos from my trip, here’s the album.

Until next time, ¡hasta luego!

The Importance of the Au Pair Clique

My Dad’s Advice for Parents with Kids Going Abroad